Carol showed us a a very beautiful quilt she had just finished. 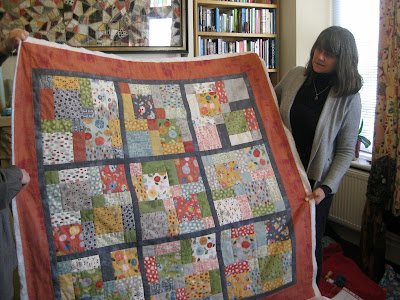 She had also been creative with a French knitting "dolly", and adding beads to the cord.

Debby had been working with neutrals on her piece of Ikea cloth, and decided to use the ideas for her group project frame. 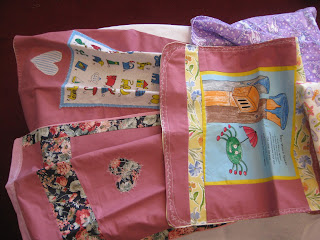 She had been making baby sheets to donate for newborns at Bristol Maternity Hospital. Some had children's hankies applied to them, and were beautifully finished off. 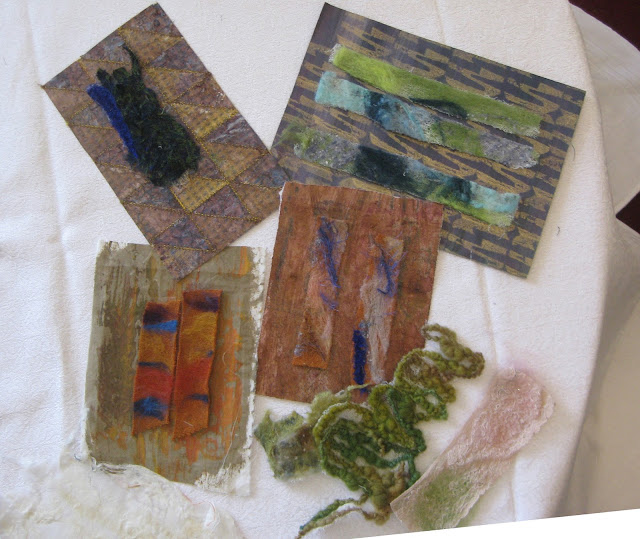 Sue had been making these samples with her embellishing machine.  We thought they were good enough to go in frames in their own right. 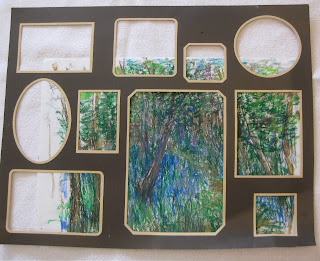 She also had this brilliant idea for isolating sections of an image! 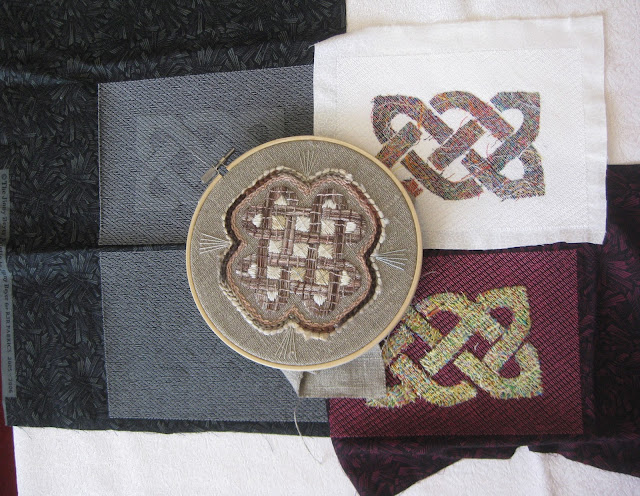 Jane had used her computerised machine to create different versions of this Celtic design. The ones on the right incorporated thousands of small snippings of Marilyn's leftover weaving threads.  In the centre, her "neutral" embroidery frame. 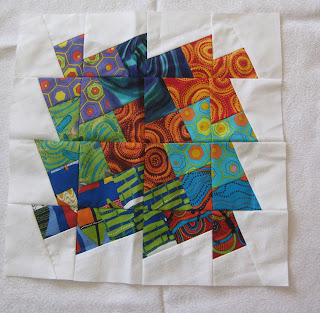 She had also been trying out a special patchwork template, producing this interesting sample. 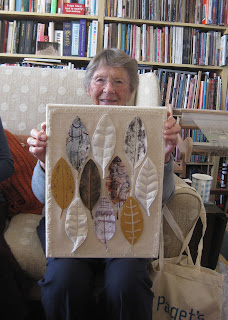 Deryll had finally decided on the arrangement of her leaves and attached them to their background. Job done! 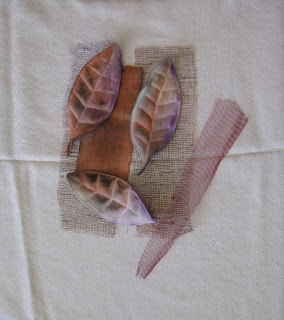 These were her unused ones - but is there the suggestion of another piece? 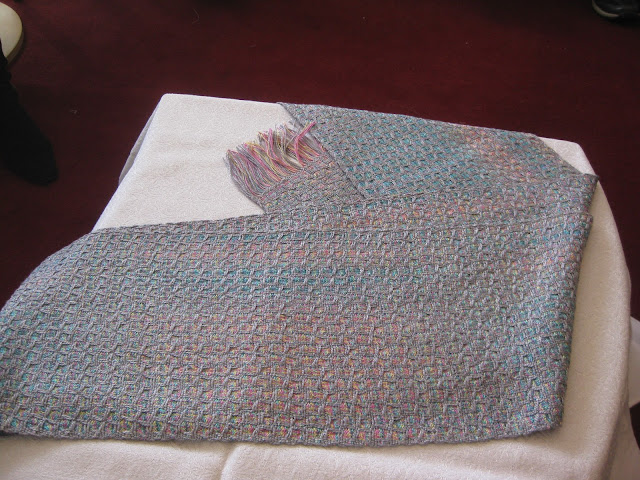 Marilyn produced yet another exquisitely woven scarf, in pastel tones of silk thread which she  had dyed.  Below, she is demonstrating how she begins to prepare the warp threads. 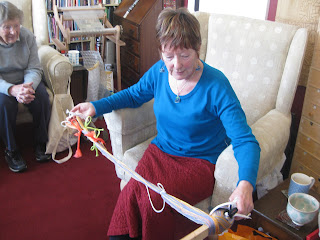 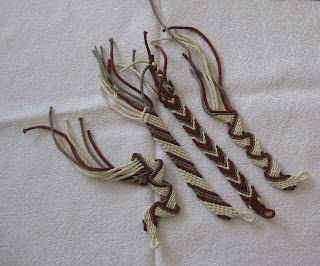 She had been making these woven braids with some short lengths of thread. 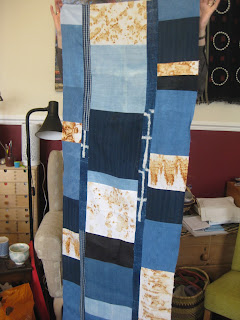 Liz had started putting together some vintage indigo fabrics for a new piece of work. She intends to do considered, "slow stitching", to enhance the work.. She had done some more eco-dyed silk, which no doubt in time will also become an interesting piece. 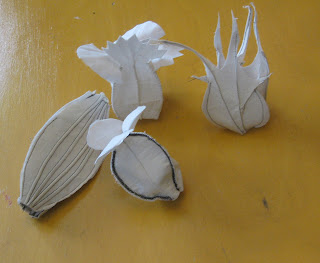 Jenn had been experimenting further using seedpods as her inspiration. We look forward to seeing  her complete collection!