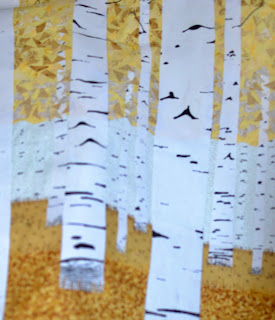 Carol ,with her interest in Nature , has chosen to create a quilt about a web ,but not the one we normally refer to these days.She has pieced and quilted a birch forest, very reminiscent of those painted by Gustav Klimt, but in fabric. 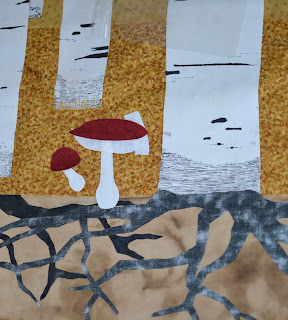 Apparently trees have their own internet -Mycelium,a wood wide web, through which they interconnect and communicate.Unlike the World Wide Web it is hidden from view under the earth just beneath our feet.

Posted by Gordano Textile Artists at 02:06 No comments: 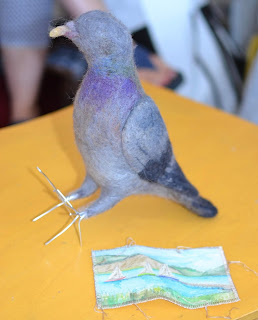 Kirsten has been working on her pigeon and is creating a perch for him and his messages. 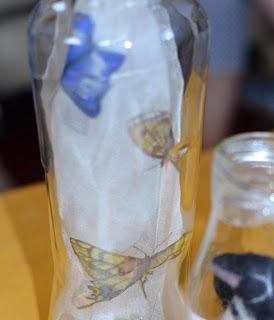 Alongside will be her messages in bottles of species under threat of extinction. 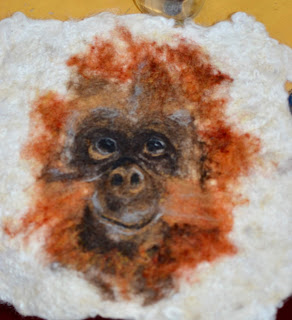 We put them up at UWE yesterday and they look wonderful.She is able to paint with wool fibres ,capturing the creatures she depicts as well as she does with conventional art media.Do pop along to Stand G32 if you are at the show ,we think you'll find our exhibition a little different and definitely thought provoking.

Posted by Gordano Textile Artists at 01:56 No comments:

Feathers of more than one kind. 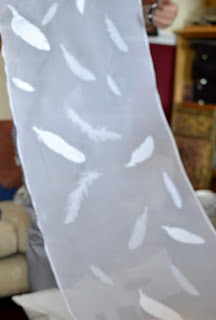 Debby brought her minimalist piece for UWE.It concerns positive messages and affirmations which are written on the feathers .Both sides have been worked on to represent the two parallel worlds we are said to inhabit as human and spirit. 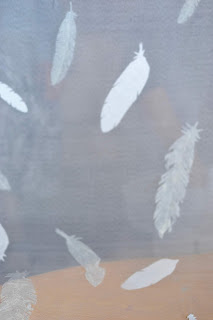 She has used white feathers as they represent the connection between the living and the departed .White feathers also represent Angels and seeing the feathers are said to show the two worlds coexist. 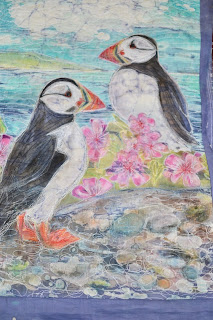 Other work she has revisited are these puffins, and another batik piece of Sea Campions which is being worked on. 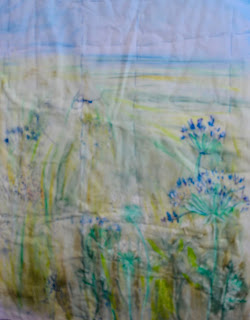 This piece was of a photograph taken in Barcelona of St.George and the  Dragon.She had it printed as a  sample by Prinfab on chenille.Where it hadn't quite worked Debby had used Inktense to strengthen the colour ,such a useful medium. 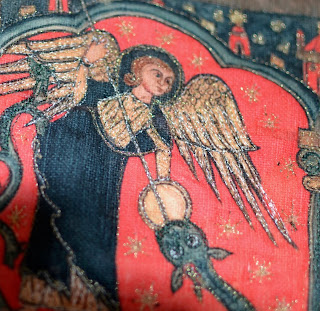 Posted by Gordano Textile Artists at 07:47 No comments:

Our meeting this month was concerned with getting everything ready for Messages at UWE. 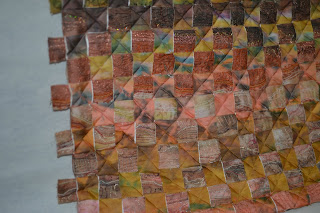 Ira has put together several of her previous pieces of work. They have been chosen 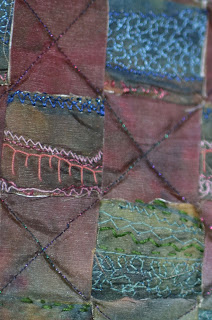 quite deliberately to pose some questions for the viewer.These questions are a hot topic and concern use of materials and categorising of work. 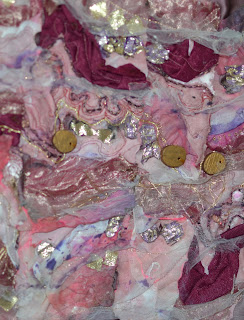 We hope you will visit and give your opinions.It is hoped that  lively conversations will ensue!

Posted by Gordano Textile Artists at 08:20 No comments: