It was more like the depths of Winter than Spring dawning,with a bitter wind and snow flurries.However,we were cheered by the success of our exhibition at Nature in Art and the positive  feedback we received.
The meeting began as usual with" Show and Tell ",and there was plenty to show.Ira shared her technique for shrinking foils,and showed more pieces in progress. 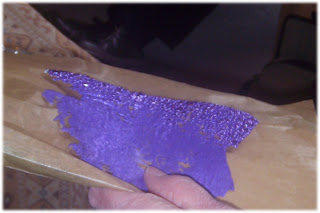 We were delighted to see Heather's sketchbook for her City and Guild course she is taking with Viv White and Distant Stitch.She has done some stunning work,and she can draw beautifully,despite her protests otherwise ! 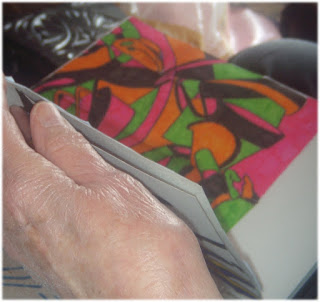 ﻿Viv showed us a charming piece based on Dandelions for a competition. 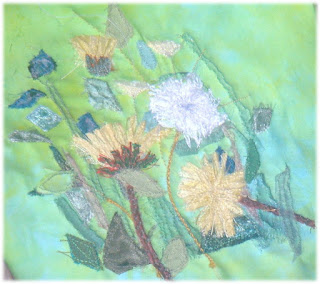 Carol brought along a piece based on Mahoghany,looked at under much magnification 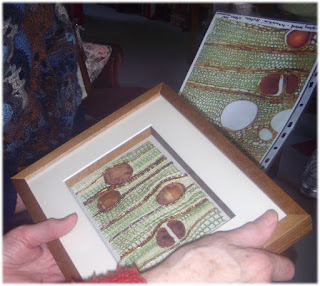 It is a subject that should sustain her for some time.

There were lots of other contributions before we moved on to discuss further business.Uppermost was the forthcoming North Somerset Arts Week which takes place from Thursday May 9th -Sunday May 12th where we will once again have a presence.We also gave some time to think about the exhibition later in the year at Bristol Guild and ,further into the future ,of when and where we might exhibit in 2014.A textile artist's life is never dull !
Posted by Gordano Textile Artists at 10:42