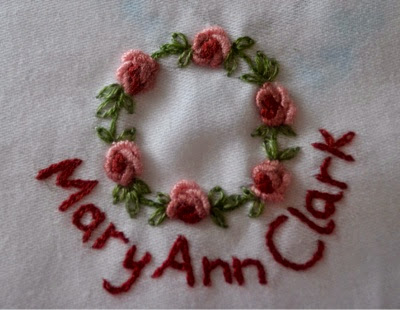 Carol has been working on embroidering a convict bonnet for the mammoth project being run by Christina Henri 'down under' This is the name of the poor unfortunate who was convicted and deported to Australia. 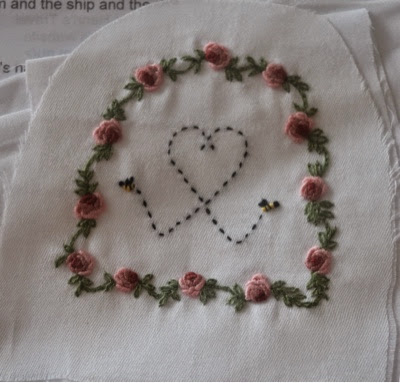 This is the back of the bonnet embroidered so expertly with Heart and roses. The bees are such a lovely addition.The bonnet will also include the name of the ship she embarked on and the date.There have already been several exhibitions of the bonnets so far received.The final count is to be 25,000 to commemorate the women who were sent away after committing crimes.These crimes were often committed in desperation and were sometimes as trivial as taking a crust of bread because they were starving !
Carol also showed us her sunflower piece, now completed. 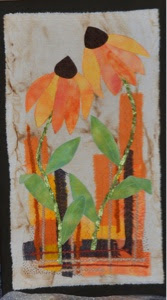 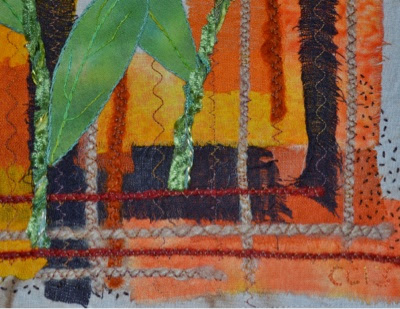 A welcome bright addition to what was a very gloomy day.
Posted by Gordano Textile Artists at 06:58