Debby had bought a frame with multi openings which she had filled with her coastal pieces on a small scale,they look so very effective. 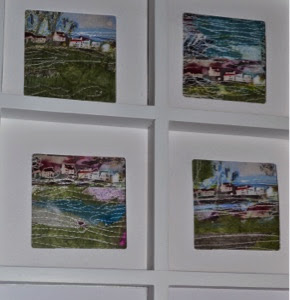 She had printed a piece of her work then used the houses repeatedly to collage and stitch the little scenes,adding in fabrics,text and snippets of other images.See the close up below. 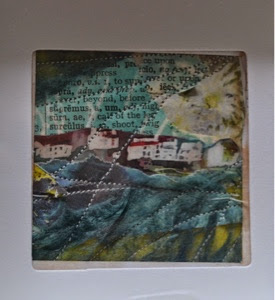 She brought along the printable fabrics she likes to use . 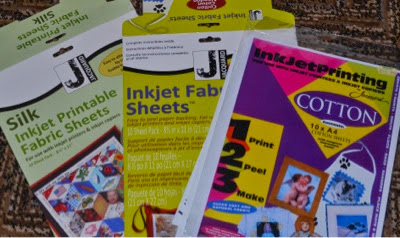 She had also been playing with some of the stickers she had printed by Moo.com. 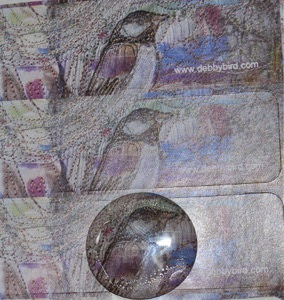 Highlighting areas with resin so that they can be made into little brooches.She is full of really clever ideas.
Another link to the coast was some wrapping fabric she picked up on holiday.The Japanese use it to wrap gifts,a tad longer lasting than paper! 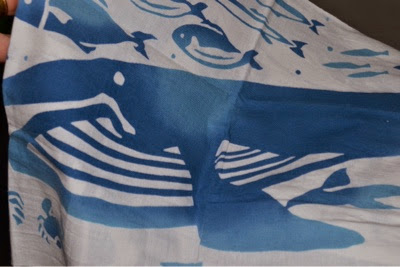 A clever recipient can put it to further use ,as a basis for quilting perhaps. 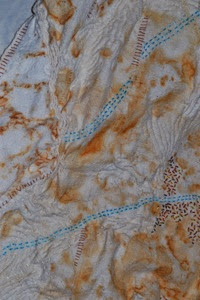 Liz brought along the piece she almost lost in Cornwall.She decided to tie rusty items found on the beach into the fabric then tossed it into the surf........however she forgot to tie something to it so it wouldn't get washed away ! 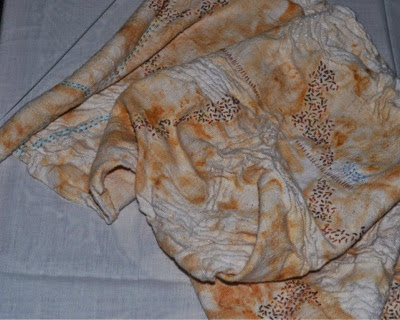 Luckily it was rescued ,but not without a soaking. 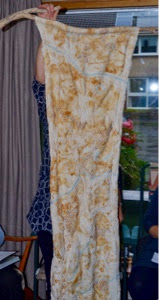 We liked the accent of blue meandering its way through.
Posted by Gordano Textile Artists at 10:12