Sally suggested a photo of us as we were in the meeting,but there were too many to capture at once. 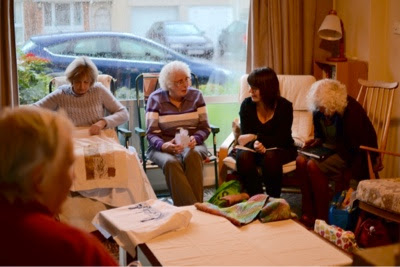 Viv is concentrating very hard on rolling her piece to put away.Ira is holding a lovely Waitrose Christmas card which involved cut out trees. 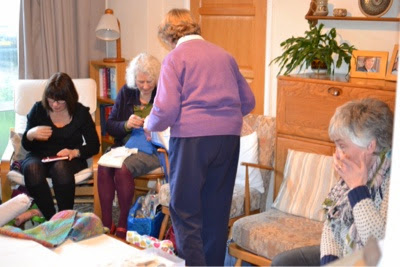 Deryll and Patricia are involved with something .You can just see Marilyn's piece on the table. 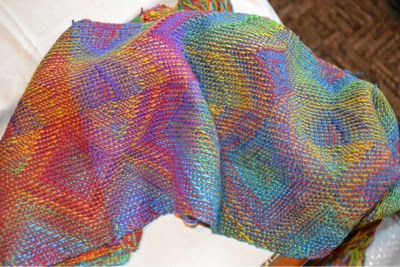 Here are some better views,she is trialling irridescence through weave. 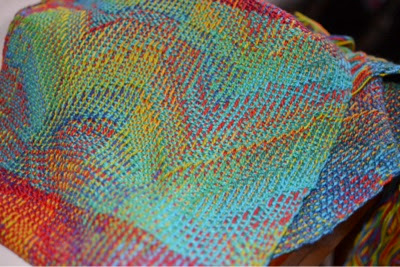 She explained that she wrongly interpreted her design diagram which caused the hard line in the centre and that she will need to rectify this in the eventual final piece.We thought it was lovely anyway.
The threads in the final piece will also be much finer than these.It promises well.
Posted by Gordano Textile Artists at 07:02