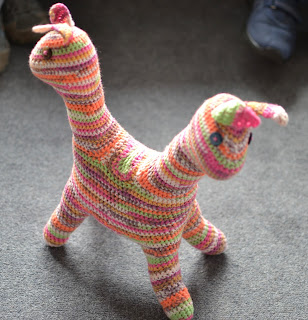 Carol had been involved in lots of diverse activities.Her brother had made a request for a 'push me pull you 'and as Carol has lots of skills and can turn her hand to lots of things she adapted a Llama pattern and gave it two heads! 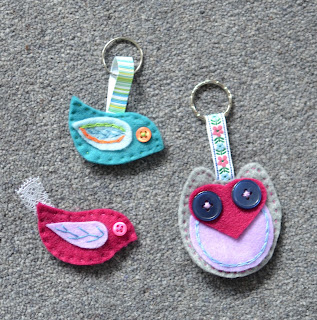 Next were her very well put together bird related key and handbag fobs and brooches.Theses were used to brilliant effect on National Stitch Day at the  museum.Children and adults had great fun making some to take away. 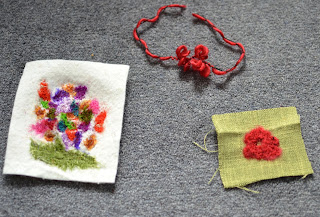 She had had an experiment with different fancy yarns on the embellisher producing these effective little samples. 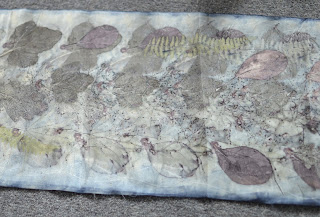 Her next foray had been into Eco dyeing with Lizzie Godden on an Embroiderers Guild workshop. 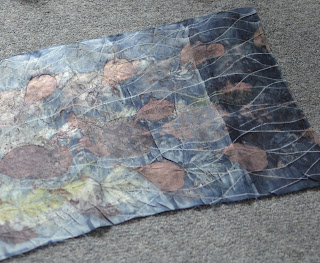 They had wrapped and steamed leaves in fabric 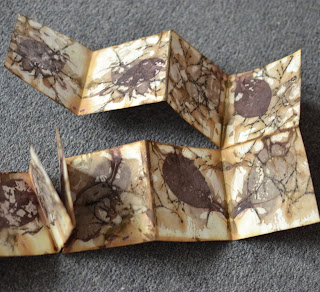 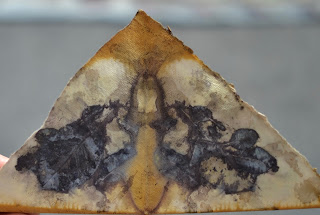 and used Logwood and iron to produce a purple. 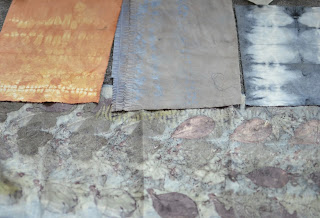 They had also 'Shibori'd 'fabrics soaking them in Soya milk and 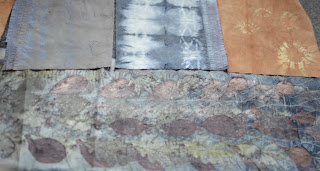 including iron in the water. 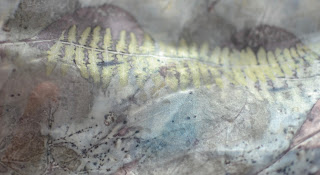 We have to say we thought there were some stunning effects. 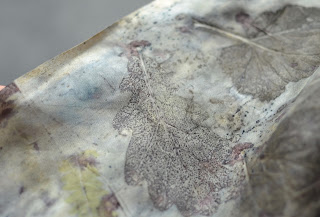 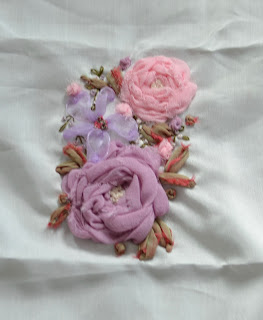 As Carol's daughter is getting married later in the year these might well feature somewhere.

Posted by Gordano Textile Artists at 02:16