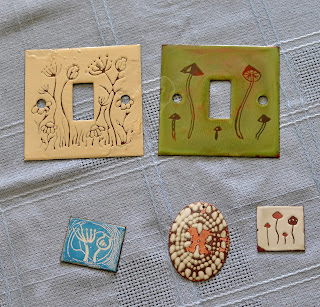 Carol and her husband had been to Barley Wood garden ,near Wringtonto take a taster course in enamelling.The two at the top are destined to become covers for  light switches, there won't be many like them around, a very individual touch. 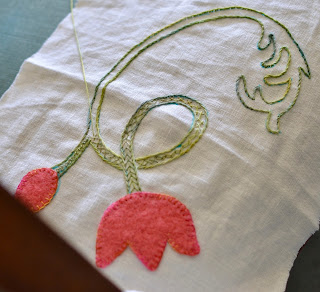 Carol has finally decided on a project for Newark,should it go ahead.
She really liked the textile piece kept in a drawer in the house and has started her own based on it, sample above and cartoon below. 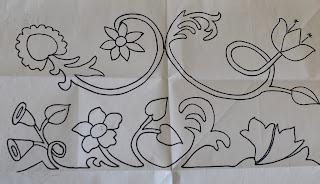 While out on a mooch around with a friend she spotted two nursing chairs in a charity/junk shop. 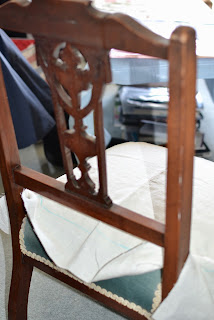 She was very taken with them and has decided she will cover them and present these as her finished pieces.We think it is a very interesting project.


Posted by Gordano Textile Artists at 04:40