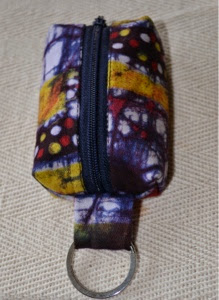 Jane brought along her Celtic pieces she has begun working on but you'll have to wait to see them.
She had also been playing around with a fabric pack and had made this useful little pouch.It carries her
memory sticks but could have any number of uses.She only used a fragment of the pack. 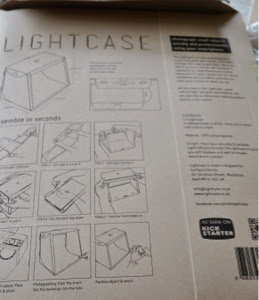 She also brought along this new product.She had seen something on the web called Kick Starter. People put forward proposals for products etc.and the viewing public can pledge funds to help them start up.Some ,such as this,are successful and can set up to test the market.
The lightcase was one such product,Jane pledged some funds and received the lightcase at special rates.It's a pop-up light box , designed so you can use a phone or camera to take better lit photos.
It's a really good idea,if you want to find out more www.lightcase.co.uk.
Posted by Gordano Textile Artists at 00:50