We met at Deryll's this month and there is a lot to look at.Ira kicked off proceedings with a piece she began with a jumble of threads,too difficult to sort out but too good to discard.She is slowly adding stitch and beads and revealing the beauty. 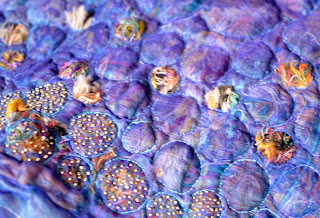 Next she brought out her interpretation of her chosen piece from CROWD at Nature in Art.She has used her trademark painting of the fabric then has added
stitched lines ,couching and sequins. 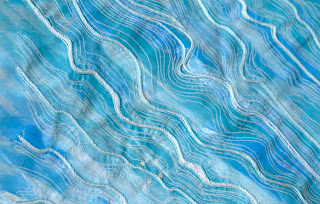 For her next piece she is creating a triptych based on trees.The base is fairly tough  paper which has been coloured.We thought it would be hard on the fingers but Ira says she pierces the holes first. 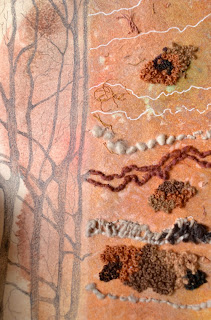 She has included the drawing of the trees and then goes on to interpret the textures and patterns observed in them. 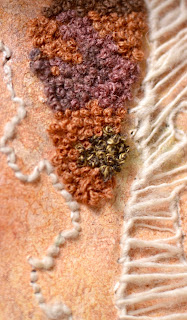 She has used a variety of threads and stitches. 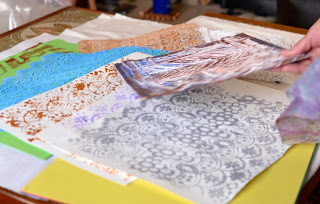 When sorting through some fabrics she came across a large piece of lace that had been detached from a net curtain.As ever Ira wanted to see what would happen if she painted it.The various colours had varying degrees of opacity,the broze being the least coverage.While they were wet she also took some prints with a high degree of success! 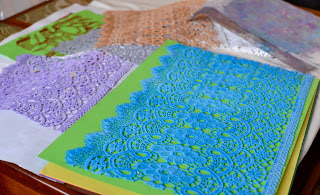 Posted by Gordano Textile Artists at 11:57