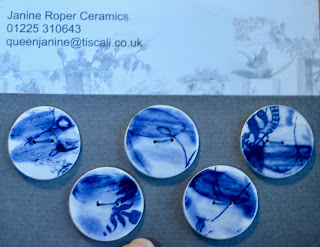 Debby had been thinking about her possible inspiration for Newark Park.She had visited the MADE BY HAND fair in December and had picked up these china buttons . 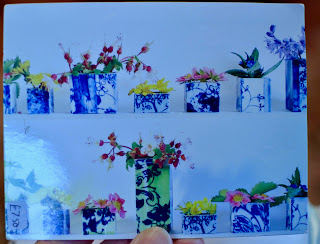 and this dear little cup made by one of the potters on the last series of "The Pottery Throwdown", Richard J.Parker. 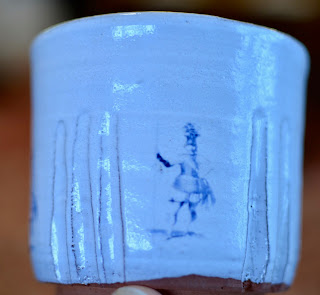 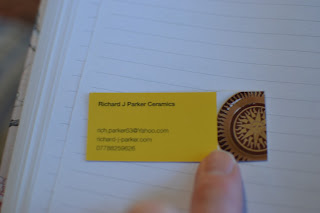 As is evident they are both  blue and white 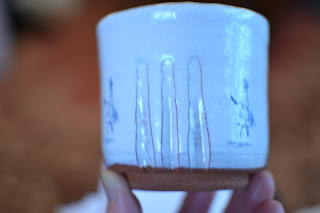 She had also dug out a plate she had purchased many years ago in a Bring and Buy sale, which also happens to be blue and white. 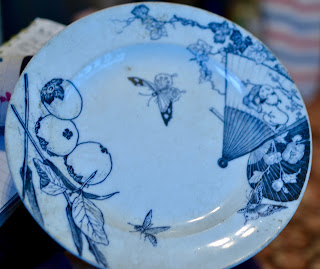 She has looked up the information on the back and it was produced by Brownfield and son in Beeston Staffordshire between 1871-5. 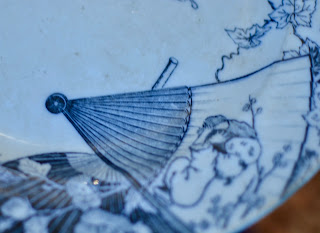 She is enthused to do some research and base her work on the blue and white items at Newark. 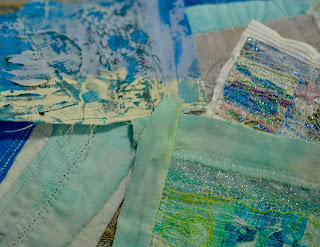 She said she has plenty of blue and white fabrics she has printed and coloured and lots of unresolved pieces so she is determined to resolve them by using them in some way. 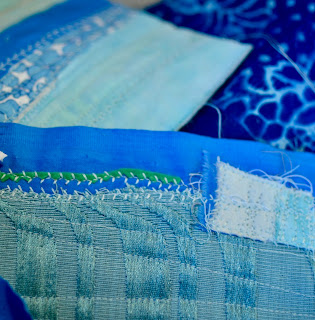 She had been tapped in to something called Live Art -Wanderlust.It was a series of prompts you used in a page of a sketchbook. 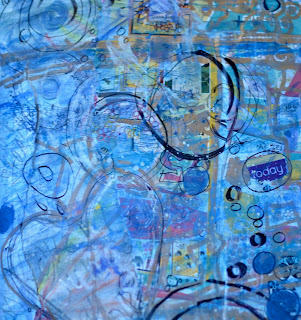 This was the very intriguing result ,layer upon layer.


Posted by Gordano Textile Artists at 07:52