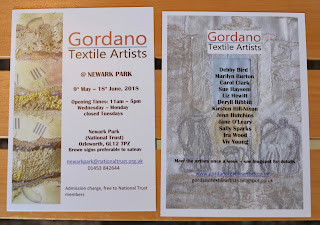 Jenn had been working on a second piece using some of the same coloured silk as in her other piece, and using some hexagons for the centre of the daisy. 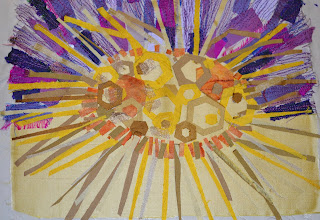 She had taken some photos of the yellow daisies (Inula?)in Newark park garden last Summer and had managed to capture  bees on some.There will be lots more stitch, couched threads ,beads and sequins ........and a bee when she figures out how to do it. 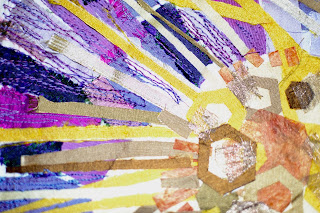 Her other piece is almost there just some more beads to add and a hanging device. 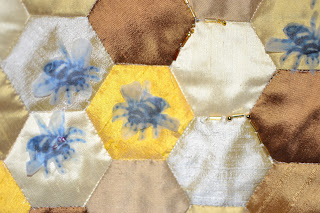 She had found some indigo dyed scraps of fabric in an Etsy shop,'GLITZ and PIECES ',that had taken her fancy. 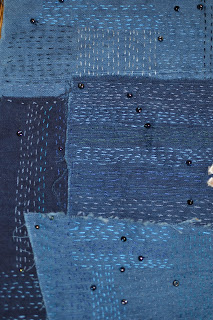 In the evenings she had been piecing them together with simple running stitch and where the thread ran out adding a bead. 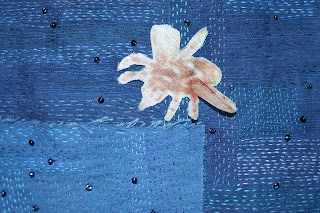 She had pinned this transfer printed bee to the fabric but with no real idea if it will morph into something.She had just enjoyed the joy of thread and fabric.


Posted by Gordano Textile Artists at 02:34