Do they work together? 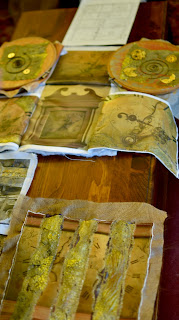 Ira had continued to motor along on her clock 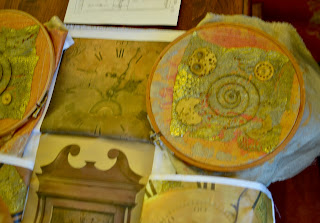 producing several pieces that she is going to assemble to create one larger piece. 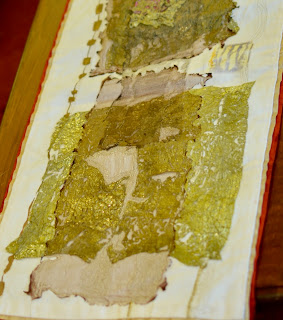 She had been looking through some older work and had happened across this.She wondered whether it might be feasible to upcycle it to add more to do with the clocks .We thought it would go well with what she has already produced. 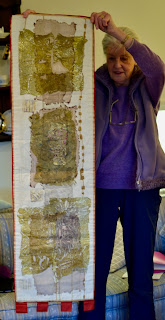 Jenn had been playing about with transfer papers.She had taken bees  from the teapot at the house and manipulated them on the computer, playing with the size and orientation. 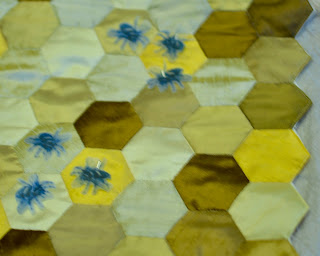 They were ironed to silk organza before being cut out. The finish was rather too shiny and plastic so she experimented and found by putting this side down on the silk the bee could still be seen but it was more matte.On the advice of Deryll ,she has partially attached them to the silk, allowing the wings to lift.The patchwork part has been quilted and mounted on calico and is now ready for the addition of some  beading to catch the light . 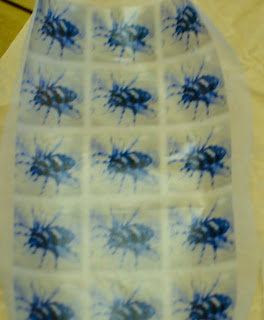 All that then remains is to add a hanging device and to sign the piece.

Posted by Gordano Textile Artists at 09:46