We met as usual this month, in Deryll's ,though the meeting was the wrong way around.Instead of beginning with 'Show and Tell' we did the business first .We had quite a lot to discuss with having just taken part in the Museum' Make Space' event,a proposal to write for an exhibition and sorting out details for the West Country Quilt and Textile show .It took a fair amount of time too, we were all ready for our lunch by the time we worked through it.We could then see what we had all been up to in the time since we last had 'Show and Tell'

Despite the rather hot weather we have been experiencing over the last few months everyone had something to show.This is going to be a picture heavy posting for July! 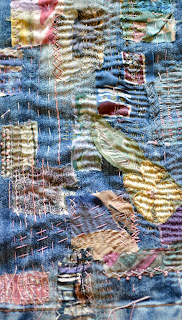 Carol has been adding to her 'BORO' piece she started at a Zoe Hillyard workshop.She says as she has added more pieces and stitched more it is taking on more of the traditional look. 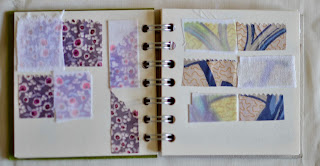 She is great at documenting what she does in little sketch and workbooks, a habit we should all acquire.These pages show how transfer paints and crayons turn out. 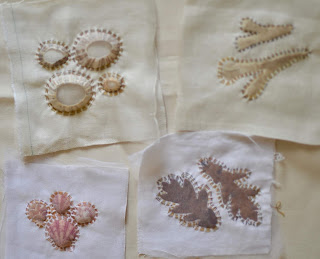 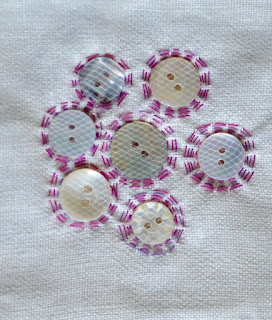 some 'finds' collected on her recent Cornish holiday. 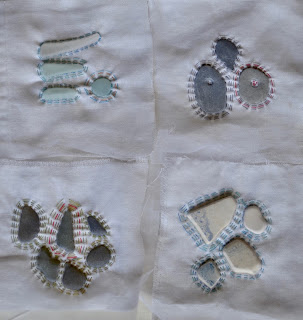 They are trapped between a cotton back and transparent front fabric . 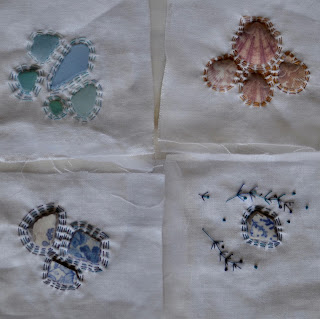 And are enhanced with her very tiny and tidy stitches. 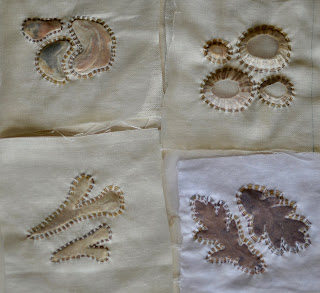 Debby attended the workshop and took a very different tack 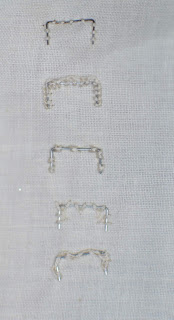 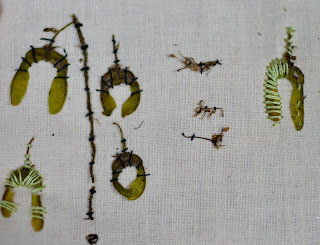 and some natural seeds and twigs.She said the black stitching reminded her of sutures and she disliked them.......we preferred them to the green! 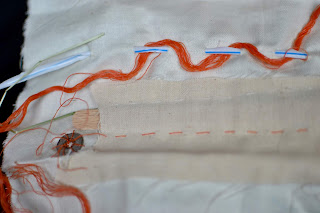 They were encouraged to use all sorts to stitch with even a plastic straw!
Some of the Quilters were a bit bemused as they like order and symmetry. 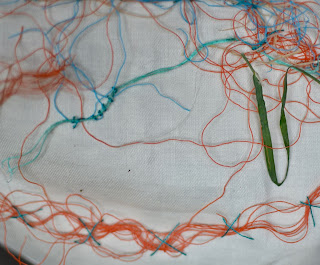 Debby was in her element as she likes to experiment . 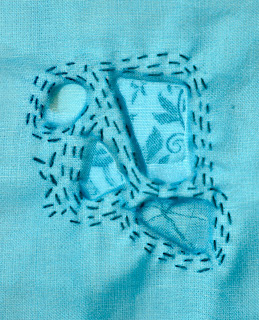 Her daughter recently returned from Japan and brought back lots of goodies for her talented Mum to use. She had them in this bag, there were a brush pen,Japanese paper selection,washi tapes, wrapping cloths and more Yayoi Kusama is a Japanese contemporary artist associated with organising  'happenings' in the 1960s when naked participants were painted with brightly coloured polka dots! 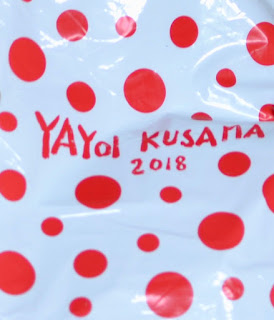 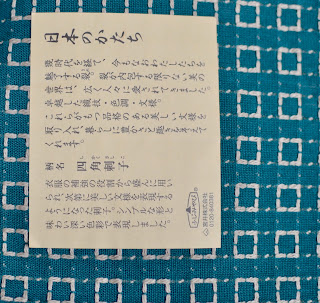 This below,is some work produced in a workshop run by Elaine Cooper ,a papermaker who learnt her craft in Japan ,and spends half the year there.It didn't photograph very well as the paper is so fine. 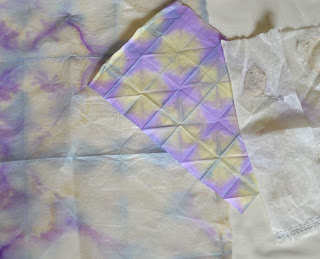 Finally ,from Debby a hand stitch piece begun at the museum and finished later. 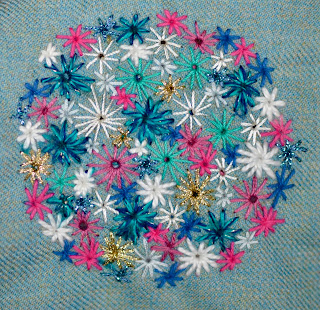 We love to look at the backs too. 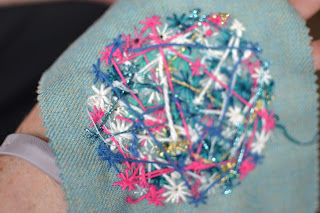 Posted by Gordano Textile Artists at 08:43