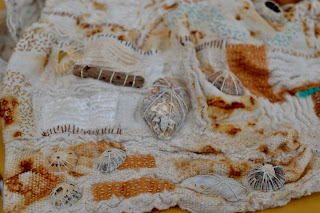 Liz ,as is normal for her ,has been busy with several things involving numerous groups and venues.The piece above, and bottom  relates to beach combing and gathering .

As well as contributing a piece to "Messages "at UWE she and Debby Pawle had their own stand."Gatherers"If you came you will have seen this piece above but in its finished state.the jeans were found pushed behind some rocks.......some Mum will have been bemused as to where they had gone! 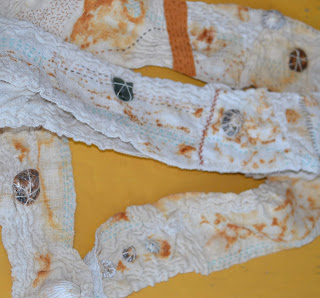 She was also lucky to find some old and rusted saw blades which were discarded in an old shed. 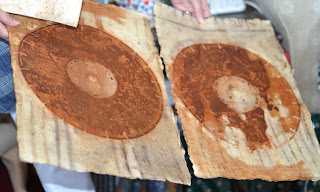 They have been wrapped in tea and Khadi paper to create this effect. 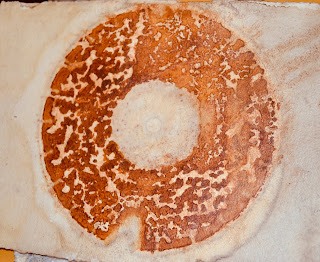 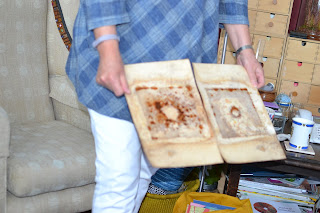 After the successs of the Eco stand at the NEC there are possibilities in the offing of another outing at Cowslip workshops April7-13th ,and even more exciting a trip tp exhibit in Moscow!


Posted by Gordano Textile Artists at 05:18