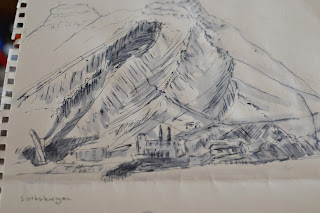 Sue had been away on holiday.She had taken herself off on a cruise visiting Spitzbergen, among other places. 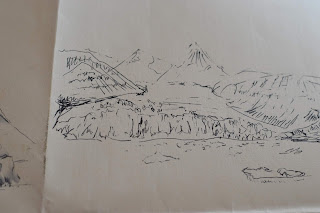 She had enjoyed sailing along the coast ,seeing lots of wild flowers 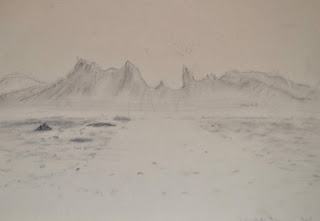 and glaciers.Instead of taking lots of photographs and hiding behind a camera, she chose to fill a book with evocative drawings and notes.She put to use some of the things she learnt on her drawing course to St. Ives earlier in the year.We wonder if this will infiltrate into her work in the future. 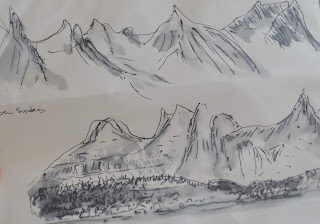 Deryll ,meanwhile, had been working on a sea of her own. 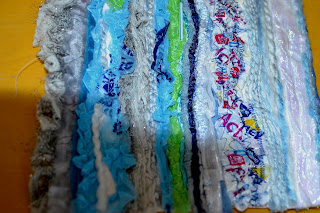 Fired up by her successful Fracking piece she had been seeking to use the mound of plastic she had collected. 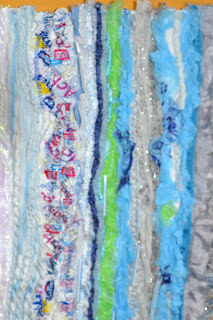 She has cut and snipped and twisted until she has a 'sea'.She was trying out whether she should put it into a conventional seascape and add in a sky and beach. 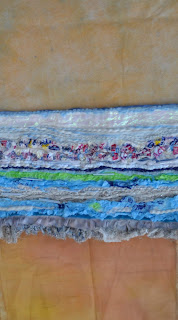 What do you think?

Posted by Gordano Textile Artists at 08:58