Ira had only the one card left you can see below ,so decided to replicate the piece she had originally cut up to make them.It was a collage of paper and stitch.Then she had another thought why not tear up paper strips and machine into those instead ,leaving her with a large piece to develop.Good plan we think. 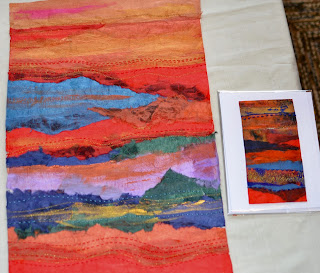 She has also been working on her much loved theme of all things Medieval.Having dropped out of doing the Severn Vale Arts trail she was delighted to be invited to take part this year  by mounting an exhibition in Thornbury's Medieval church. 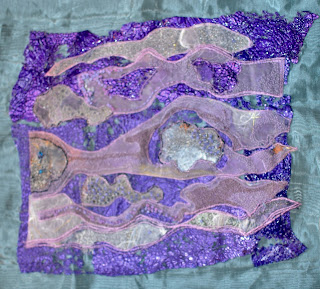 So ,never one to sit idle, she has been beavering way on several new pieces.We debated whether this was figures or fish depending which was up it was oriented. 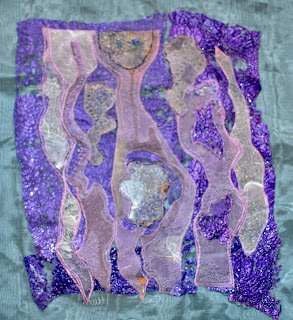 A closer view of her foiling technique. 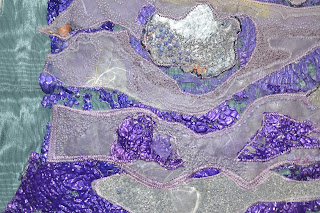 She had been inspired by a recent visit to Glastonbury Abbey where her husband had taken a myriad of photos on the guided trail.This piece below, really caught the light and glowed just like a stained glass window. 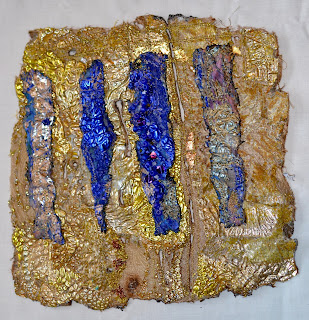 More work with lots of foiling in silvery tones. 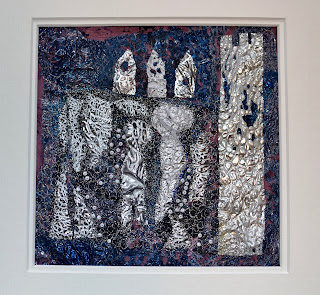 and yet more in progress! 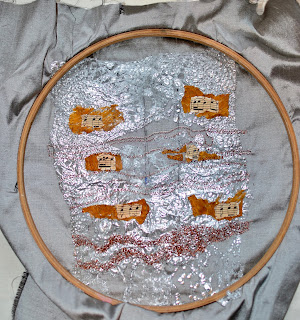 Posted by Gordano Textile Artists at 09:38