Liz has had a 'purple patch' ,pieces just kept coming from her bag this month.
This is a reworked piece,she originally made it as a wrap and comforter when she felt unwell.Further  stitching and small flashes of colour have been added. 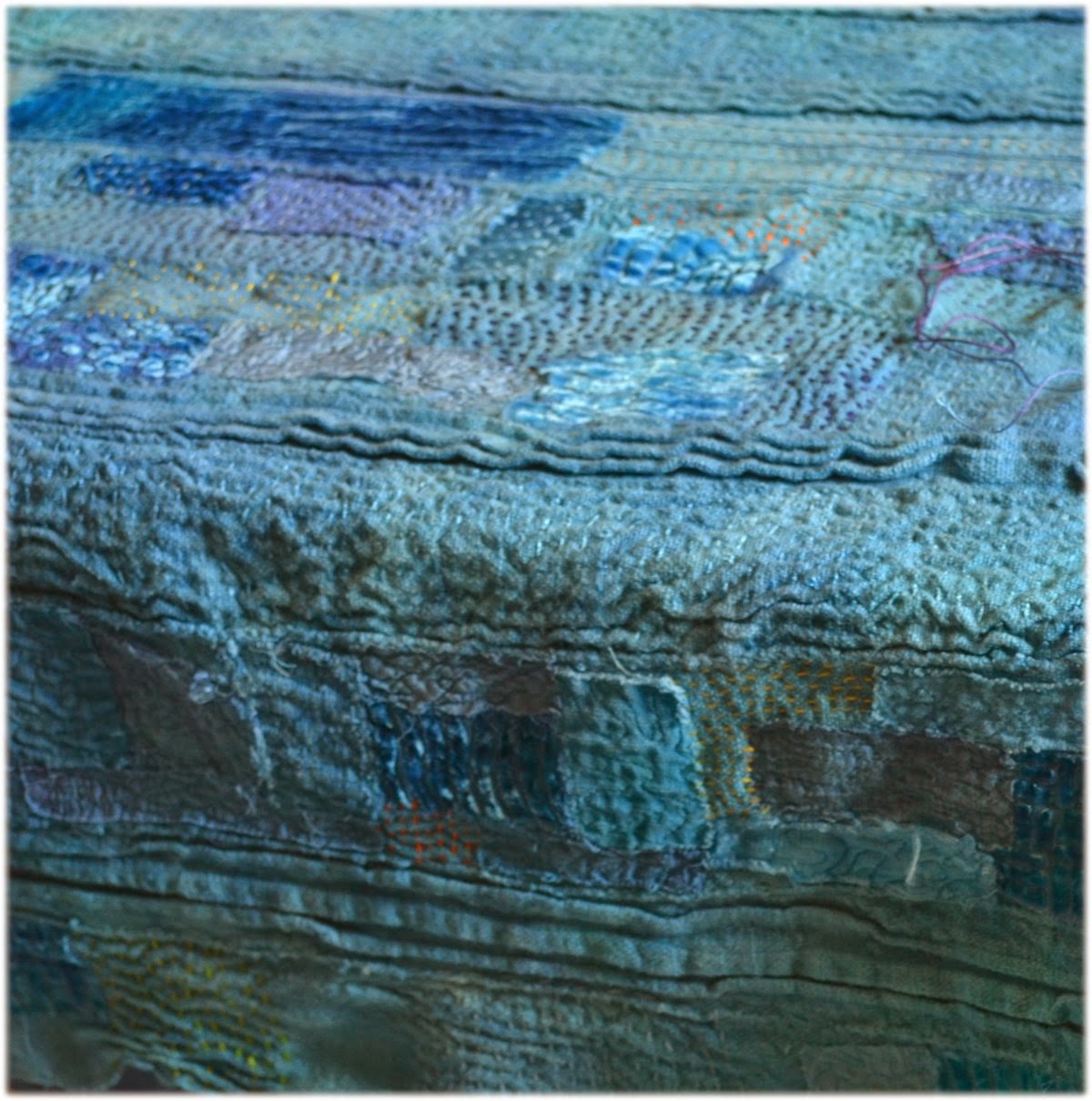 This photo ,below,doesn't really pick up on the contrast between the silk velvet patches and the  matte strip cloth.It zings in life, a real blast of colour. 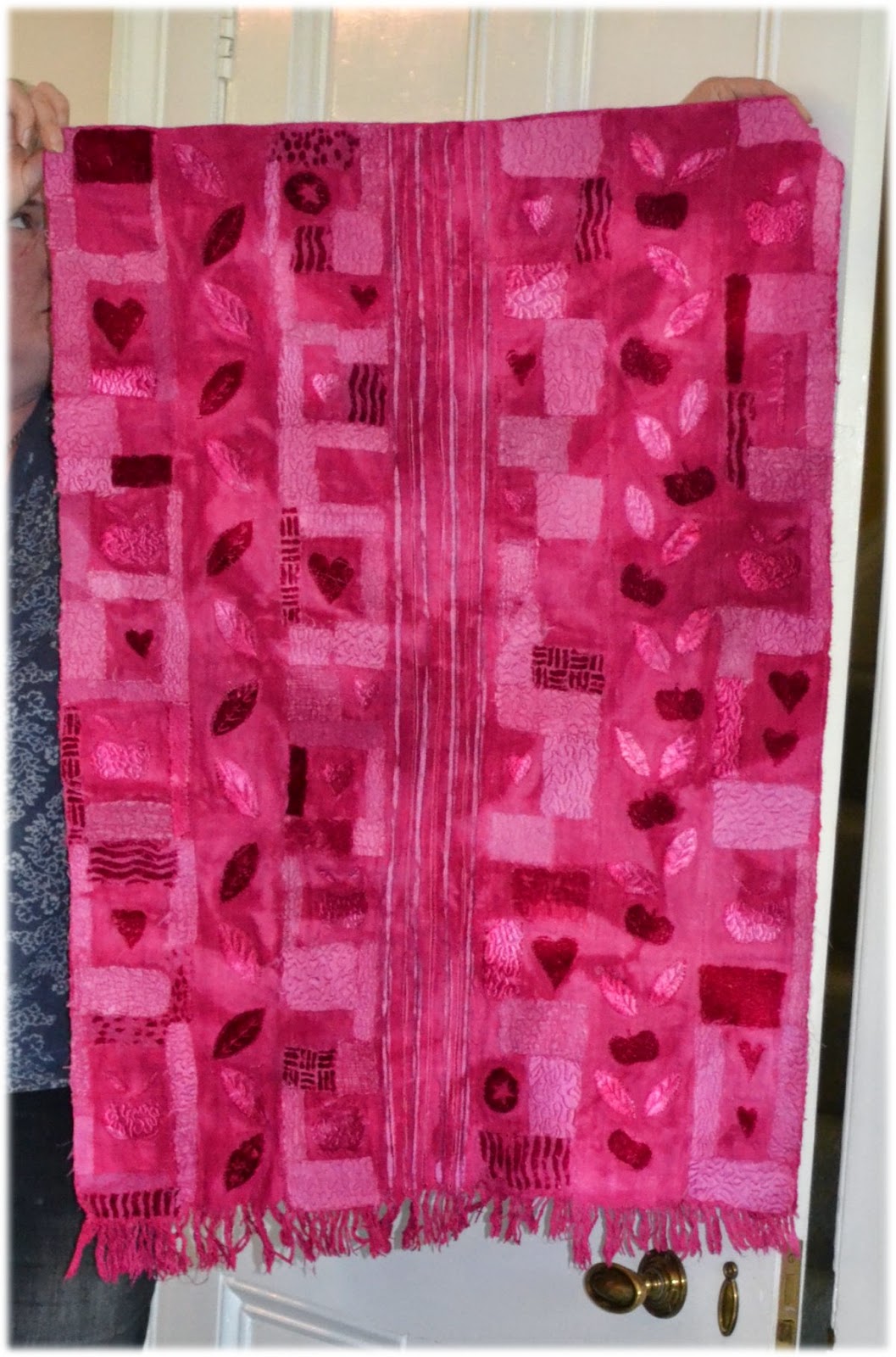 A complete contrast are these monochrome marks.They were created on a Gelli plate and record the marks seen on Liz's daily walks around urban streets. 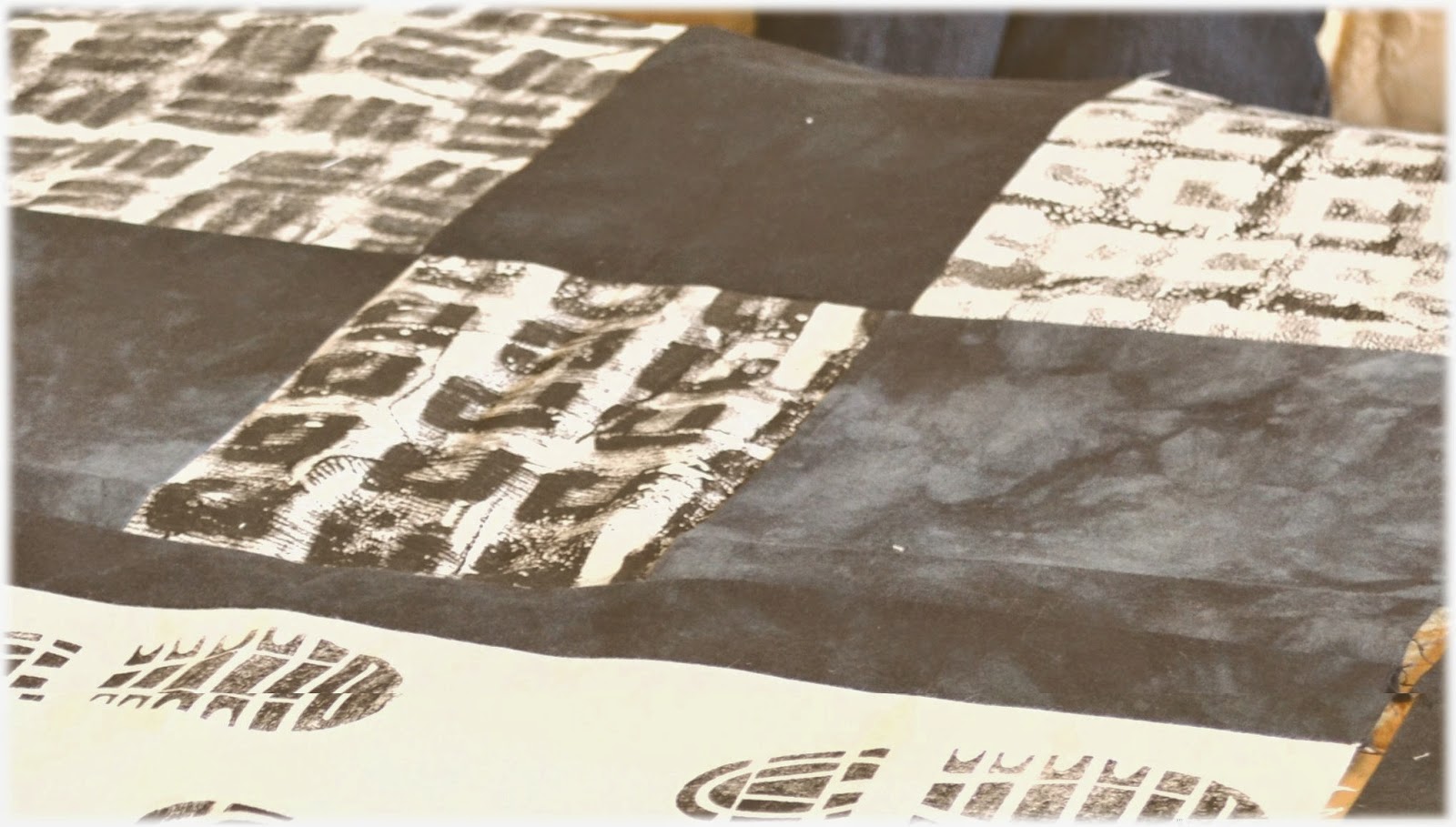 The piece in the middle is another quilt made from Musa 's fabrics.Maggie Relph's African fabric shop is the source.It was meant to partner the quilt put up for auction.However, as the fabrics are entirely hand produced Liz found that the colours were slightly different,and it took her a while to put it together.It still looks great.Remember she'll be having a solo show in Midsomer  Quilters in June from 12-17th.
Posted by Gordano Textile Artists at 10:39