Carol had completed the stitching of the lettering on her piece,and is now ready to start adding the living things it represents. 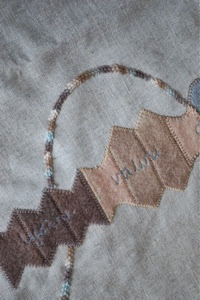 She also brought along 'the Convict Bonnet' kit.This is a project started some years ago by Dr Christins Henri in Tasmania.She researched women convicts deported from UK to Australia.She is collecting more than25,000 bonnets,each one represents a woman.Jenn and Carol had taken a kit from Bristol Embroiderers Guild ,as they are taking part.
Jenn has completed her bonnet but not in time for the meeting,here is a photo. 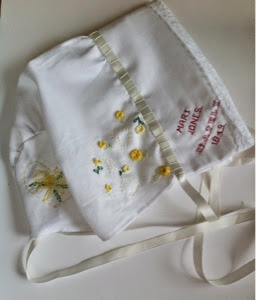 She asked for a Welsh girl,hence the daffodil.She has since found that Mary Jones was 30 years old,was tried in Usk in 1848 for stealing and given 10 years.She left on the  'Stately' in 1849 for Van Diemans Land. 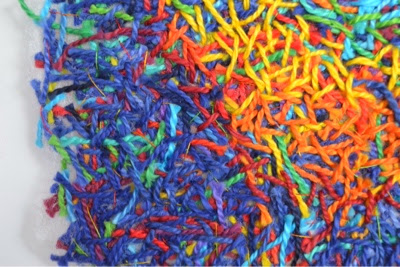 Jane had had this piece framed(detail).She had enjoyed using this technique and had been working on a much larger piece using Celtic motifs. 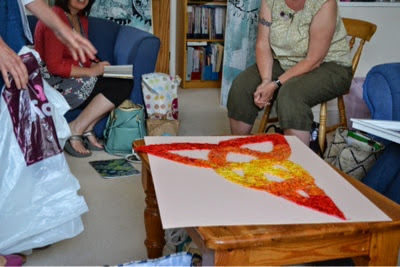 Her large piece has also been finished and framed but you will have to visit the exhibition at Sidcot to see it in its full glory. 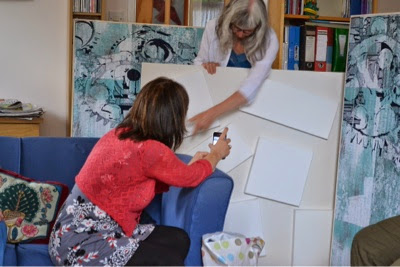 What's this? You may ask but once again all will become clear at Sidcot.
Posted by Gordano Textile Artists at 03:14