Debby had used some photos of a poppy field,might even be the one in Failand earlier this Summer,and had worked some stitching into them. 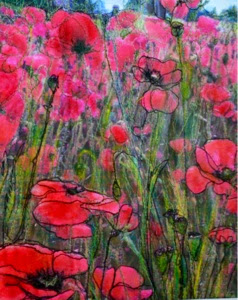 She had different versions framed and was undecided as to which was the most appropriate for our Poppy display in Echoes. 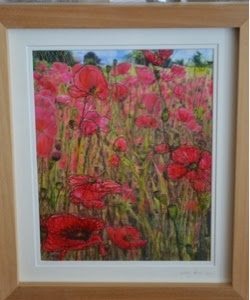 One was much more sombre than this one .It's amazing what a different coloured mount can do.
She also brought this framed piece of St Ives 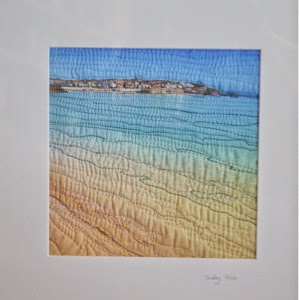 It is very recognisably ' Debby' with its Cornish blues and yellows.She also brought along a drop-cloth from one of her workshops.She said she very often has small amounts of paint or dye left that she is reluctant to waste.Instead of tipping away she throws them at the cloth,leaves overnight and is often pleasantly surprised at what greets her the following day. 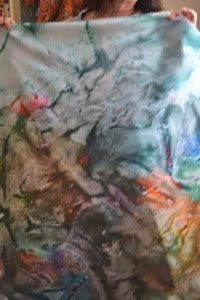 Not a good photo but you get the idea.It will be interesting to revisit this after she has had a play.
Posted by Gordano Textile Artists at 09:25