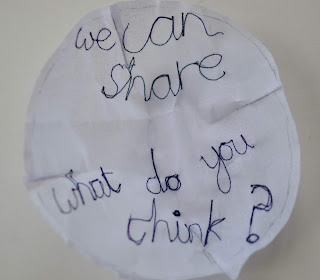 After comments about the free motion letters on the saucer being too hard to read ,which she agreed with,Jenn had tried again .This time much bigger and in blue thread. 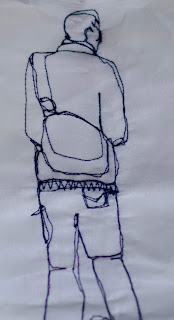 She had also thought about including some of the drawings of the people overheard and observed in the cafes.How this might be done is still to be decided but she had tried a quick sample and enjoyed drawing with her machine.
Kirsten had asked if there would be a teapot included in the work so Jenn had found a small pattern online and fiddled with it until it was a reasonable size.This just constructed in paper and masking tape, it might get to fabric.......or not.You'll have to wait and see! 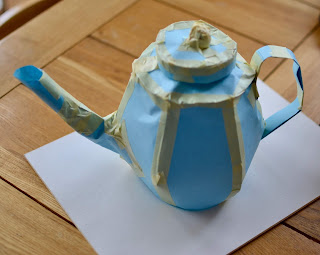 Liz had also been doing some construction in paper ,though these are much more flash. 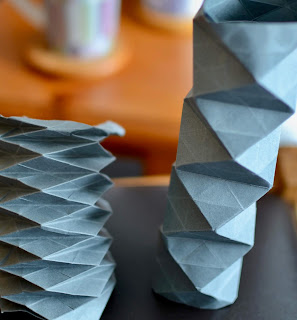 She spent three days doing a paper architecture course taught by a Cuban.The piece above was fascinating as just by a different fold the piece either collapsed or held its shape. 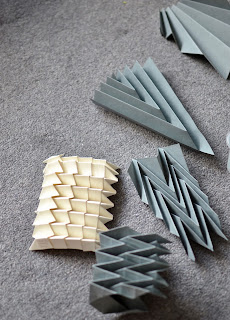 Nothing was measured just folded very accurately.Liz hopes she can translate what she learned into using fabric. 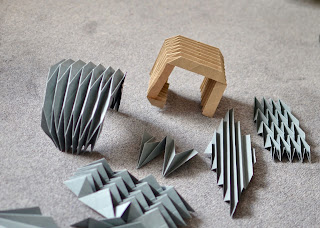 This quilt, below, appeared in her stand at UWE.She and Debbie Pawle displayed work inspired by African textiles. 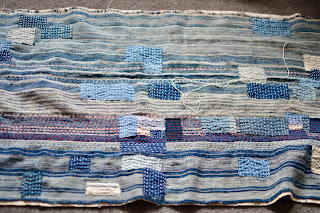 this has a base of an African cloth to which Liz has added patches and stitching to 'mend' .

Posted by Gordano Textile Artists at 07:16