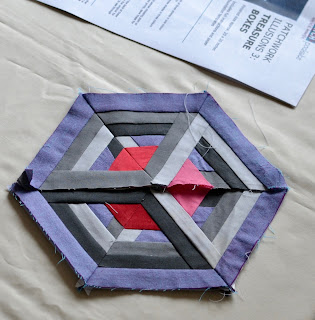 Debby had been given the opportunity to go on a workshop about foundation piecing, which she said was out of her "comfort zone'. 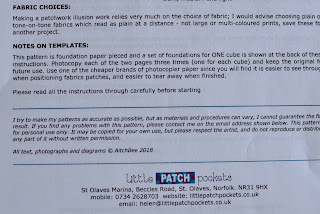 It was to produce optical boxes which relied on fabric choice to create the illusion.The strips of fabric had to be accurately cut, then 'stitched and flipped' before being assembled. We think she did a pretty good job, see above.She came away pleasantly surprised, and now has another skill to add to her already impressive arsenal. 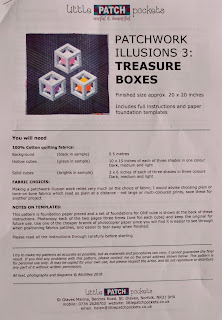 Below, we see Debby's more familiar work and style.The fishes were a remnant from a leaving gift for a colleague so she stitched and added colour with Intense for herself. 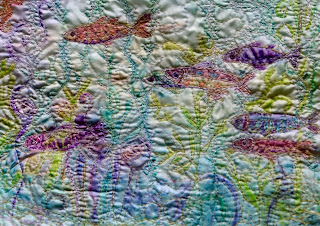 The cactus piece is a development from a piece shown previously, where she used some commercially produced fabric  This one is all her own and even contains a piece of her pyjamas! 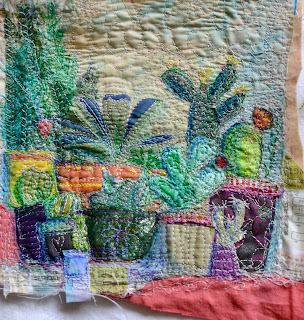 She has taken recycling even further in this piece, using acrylic paints to colour the little plastic squares used to separate cheese slices.They have been stitched ironed and melted.Genius! Perhaps we should all set ourselves a challenge to use plastic in an innovative way. 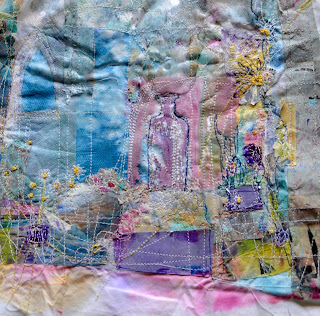 Debby had picked this little gem up in a scrap box at a Quilters'Guild meeting. 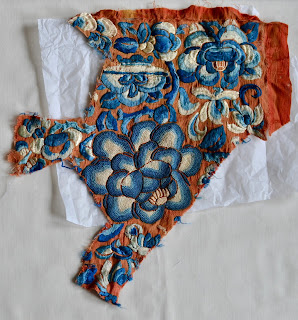 Viv thought it was Chinese and probably from a jacket or robe.The stitching was exquisite wth lots of tiny Peking knots.Then we realised it had been cut into to make hexagons, we wondered if the person had any idea what they had done. 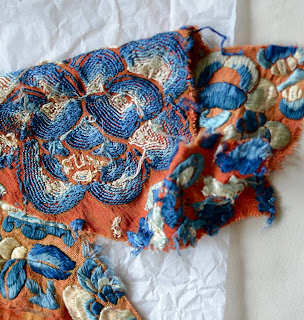 Posted by Gordano Textile Artists at 03:33