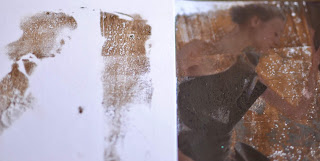 Debby had been enjoying experimenting with her Gelli plate. 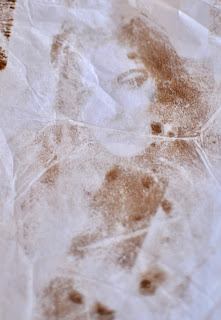 She had been inking up the plate with Raw Umber then using shiny magazine pages to create resists. 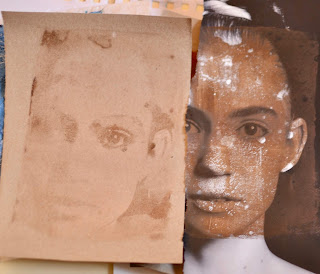 This lifted parts of the image leaving a ghost on her chosen base. 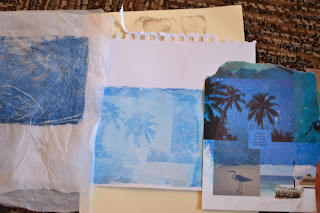 She tried a variety ,using faces and seascapes, all were surprisingly successful, and is another useful technique for image transfer. 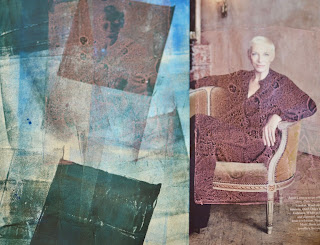 However, it occasioned a discussion about the issue of copyright and the ethics of using other's images etc. for use in  work.We were not entirely sure how it applies .We know that the printed word is lifetime plus 75 years and that some things like newspapers and OS maps cannot be used.There used to be something that allowed a certain percentage for personal or educational use but not if anything was for sale.In this increasingly legislative  world we thought it best to use only those things we have done ourselves.With the increasing use of Pinterest, the internet and social media there is a growing problem of where ideas originate and who owns them. 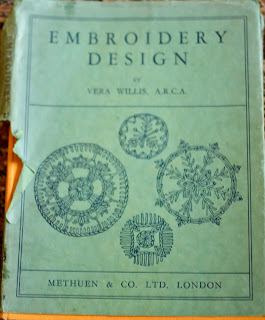 Debby had been given this book, published in the 1930s.It looked surprisingly modern. 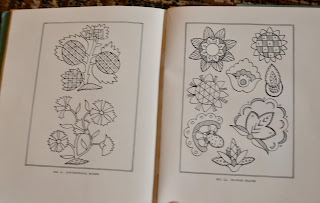 She had also picked up this little bargain for the princely sum of £3, in'The Works.' 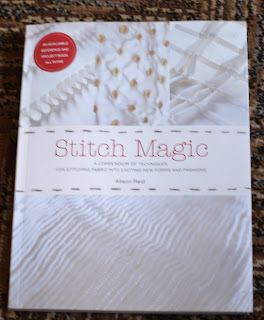 Posted by Gordano Textile Artists at 08:42