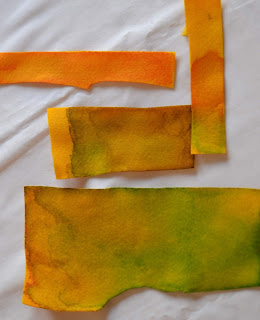 Jane had been playing around with colouring some scraps of felt left over from other  projects.She has an idea for using them for her feeling good, good news messages.At the moment it is at the 'inside the head 'stage.She its toying with a garment to wear that would make you feel good and could be lined with good news.It is certainly an interesting and different kind of textile.

She had also been adding her insects to the bamboo background but was not entirely satisfied it was giving her the effect she was looking for.It was mentioned that perhaps they were too solid and dark.More work and experimenting will take place.

If you follow the blog you will begin to understand how much goes into the pieces we produce.It starts with an idea ,then lots of sampling before many hours of trial and error before a piece is resolved.

For Christmas Jane received this ,and as she said she wasn't sure why it had been picked for her . 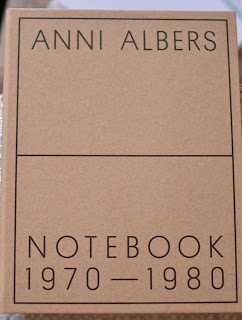 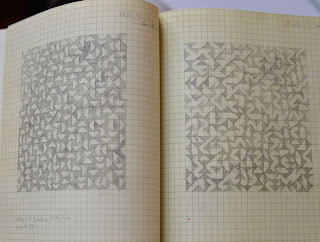 these workings out on graph paper could have been done by Jane !

Posted by Gordano Textile Artists at 01:50