October and back from our Cornish hols.

Viv had had a lovely week in St Ives and while there had taken a workshop 'Draw St Ives' one morning.First exercise was to use a continuous line to draw the view over the bay near Ben Nicholson' house.Isn't it delightful? 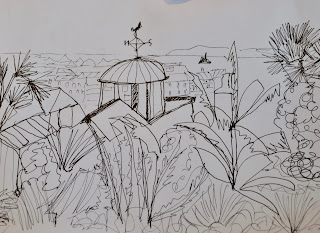 Next was to create a horizon with minimal marks.This is just so stitchable, just add some colour for a seascape. 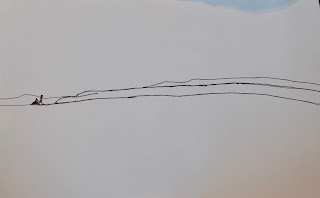 Now using a graphite pencil to capture  the scene. 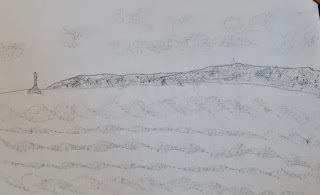 Next one depict a palm tree and she has ! 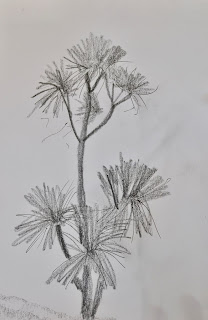 and finally look at and draw a wall.As simple as these exercises seem they offer a lot of scope to create some work .Well done Viv. 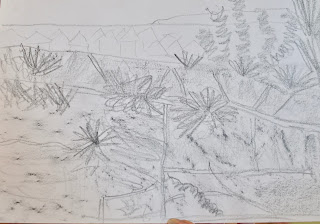 At the same time Liz was down enjoying a break in St Ives.She too, took advantage of the wealth of courses on offer to try her hand at creating an accordion book using observation of the beach using just a stick of charcoal ,a pastel and a water pen.She liked the way the book had covers that came apart and a piece for the spine that held it together.She was less  impressed that extra pages might be attached with masking tape! Not up tp Liz's exacting standards. 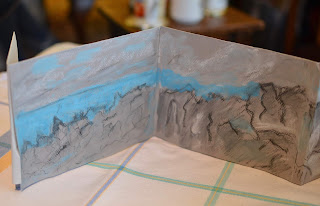 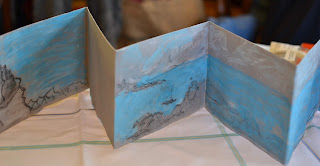 The cover was created in the studio, using up some left over paints before they went out to the beach. 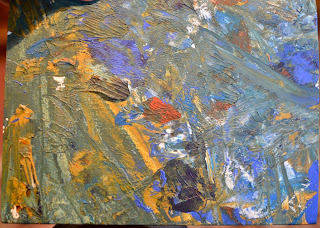 She also attended a lino printing course creating a two blocks, one for the black 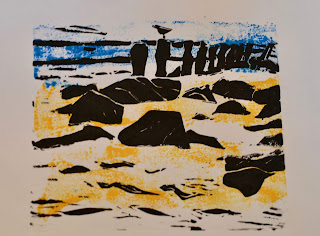 and the other to add the colour for the sea and the beach.It works very well. 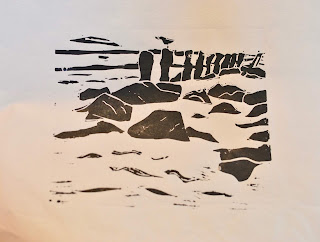 Peter Lanyon observed the local landscape and turned his observations into abstract paintings.
Liz joined a course 'A Sense of Place to' explore these ideas for herself.They used just one line to draw their journey to the beach .Once there  they were encouraged to look at the shapes they saw and were asked to find ways to depict them without just drawing a line. 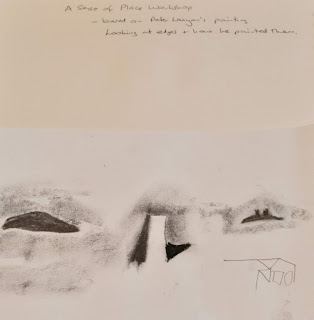 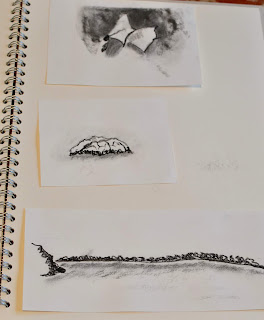 Once back in the studio they set about creating paintings which were then chopped up to make small but perfectly formed  works. 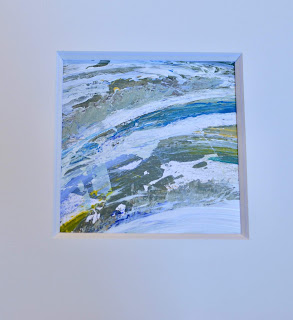 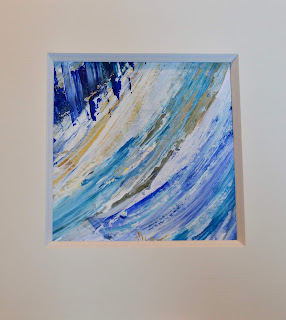 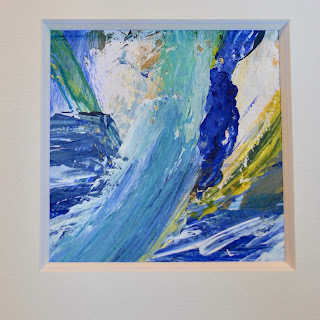 Next was a drawing and mono printing course based on the work of Wilhelmina Barnes Graham.Another walk on the beach drawing with a stick gave rise to many pages of prints. 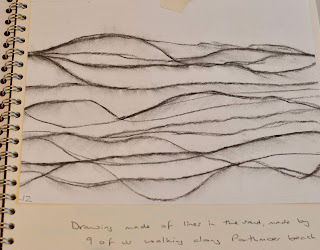 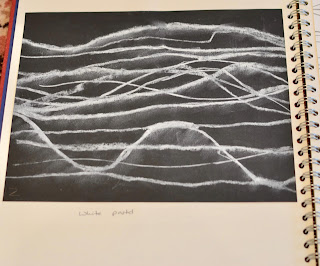 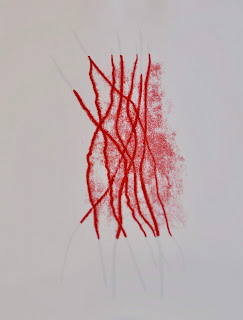 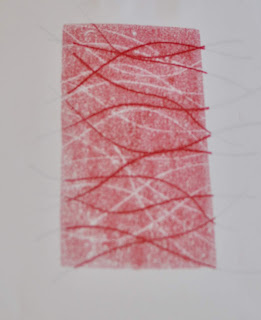 Her last course was about collecting pigment out on the beaches ,then back in the studio grinding them to a powder before mixing with egg yolk to make their own paints.
She certainly hd a very busy and creative time. Where will all this lead we wonder.

Posted by Gordano Textile Artists at 09:34