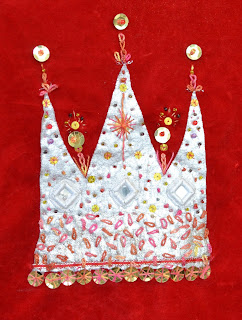 Debby started the 'Show and Tell ' with this piece she had found while sorting out. 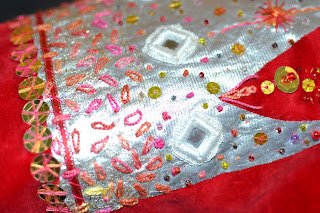 She also brought some of her presents from South Africa from her son. 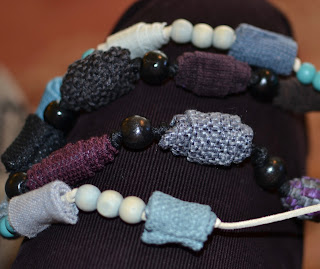 Using furnishing fabric ,cords and commercial beads these are made for tourists.Great idea for recycling and making without spending too much.It also picks up on the beads and necklaces we saw last month. 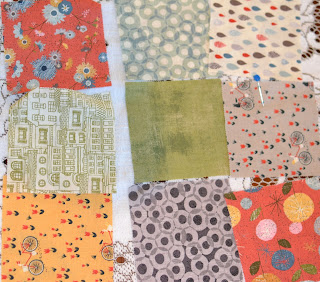 Carol has decided to take a class in patchwork to broaden her understanding of how it is done.As far as we are concerned she is clever enough and skilled enough to run her own class.Some of us shudder at the thought of trying to cut accurately and get corners to meet! 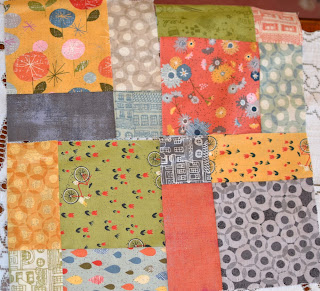 She explained that this above is how "Disappearing Nine Patch "is done.
First you cut out nine squares of equal size and stitch four together,then you cut a square from these so that you have a small square,a larger square and two rectangles the four fabrics.I'm not sure that was very well put ....but if you look at the photo I'm sure you'll get the gist.I think these are then pieced together to make a larger block,thus disappearing the original nine.


Posted by Gordano Textile Artists at 09:48