Green in more ways than one. 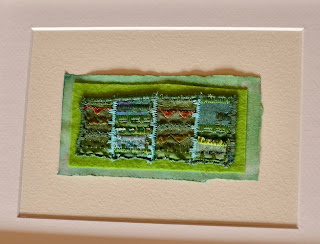 Deryll had been trying out different framing for her cut up green piece . 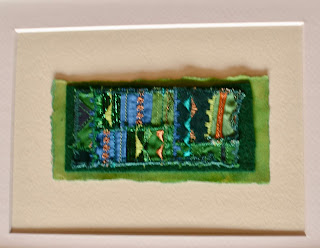 We think she has nailed it with some watercolour paper mount and small white frames. 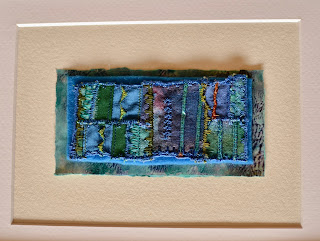 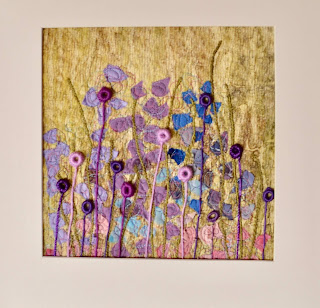 She had also thought about what we said about this piece and had found a lighter tone frame. 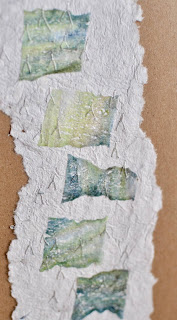 Her thoughts had been turning towards new work for UWE this coming August and the message she wants to impart. 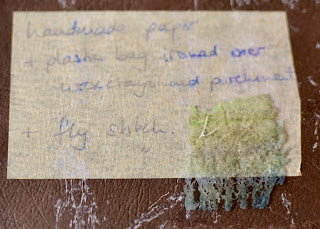 She had turned up some old samples using plastic bags and wax crayons before being ironed and stitched with Fly stitch. 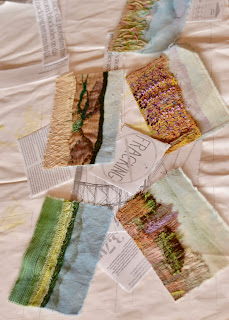 She wondered about using plastics to create some land/seascapes using newspaper cuttings as a collage background. Fracking has the potential to harm the land and Deryll has been collecting newspaper cuttings regarding this.We thought the idea was good but she would need more impact ,perhaps by tearing the small landscape pieces asunder !
Posted by Gordano Textile Artists at 08:27