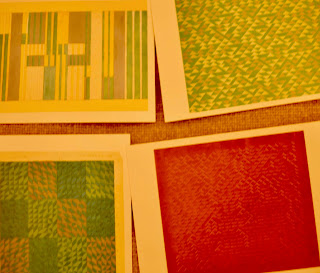 Inspired by what she saw at the Anni Albers exhibition Jane decided to engineer some of her own thread studies. 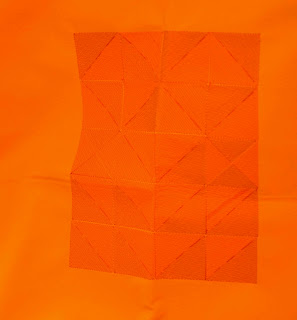 She uses an industrial embroidery machine but is not content to use it with commercially produced patterns .She has trialled and experimented until she is able to engineer her own. 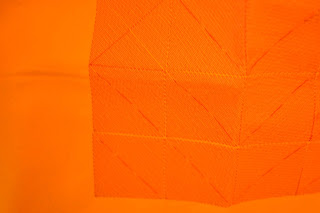 Each of these pieces have been constructed using either one or two colours of thread to create the shifting spectrum of colour you see. 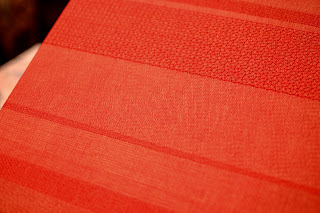 They have an incredible amount of stitches in each one and take a lot of skill to produce. 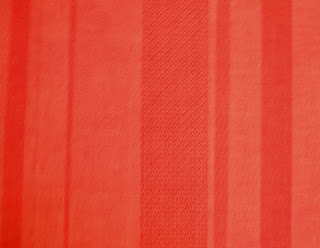 The stitch patterns used create the nuances of colour 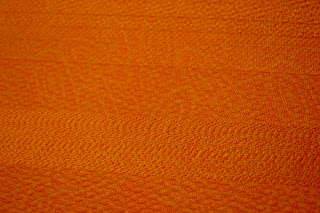 and variation of tone. 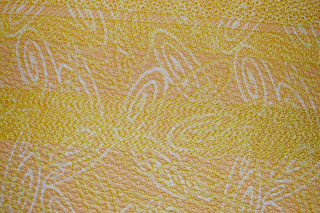 The photos do not show them at their best ,being difficult to capture especially since it was a dull, dark day. 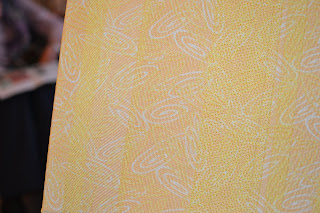 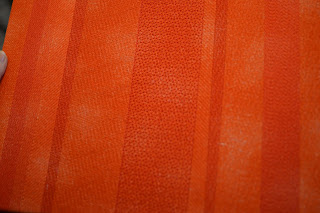 She also brought along this piece ,which is from a photograph of the underside of the Prince Charles Bridge,Second Severn crossing. 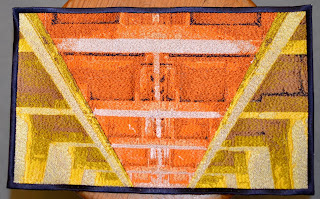 Jane used five shades of thread and created something like 156,000 stitches. 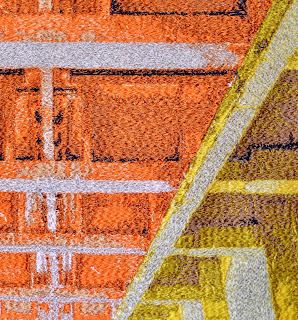 She has plans to create more pieces along these lines.

Posted by Gordano Textile Artists at 10:06