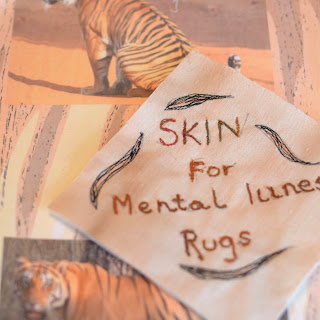 Sally has persevered with her tiger piece.It makes her ill to think how such an iconic animal is being put at risk simply because of cultural beliefs which aren't proven. As well as a  piece of art it is an urgent message to wake up to the fact they will soon be no more. 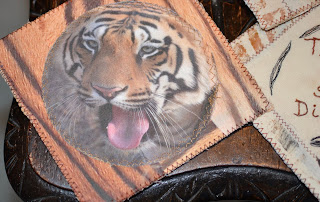 Sally decided against sending her photos to be turned into  fabric by Prinfab ,instead buying A4 cotton print at home sheets.She has been thinking how best to display it and had brought along a branch she had been keeping.We liked the idea of the diamonds dangling from it. 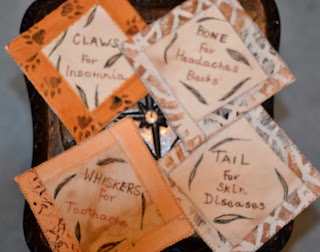 Jane had a light bulb moment ,in turning over ideas for her message.She explained it was not a political comment piece but from the perspective of "this is a blooming mess! " 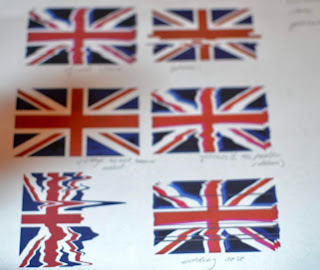 She thought of the way televisions used to show interference so tried out different ways of distorting the Union Jack, and having settled on her favourite she set up her machine and pieced thirty sections ,stitching for sixty nine hours in total! 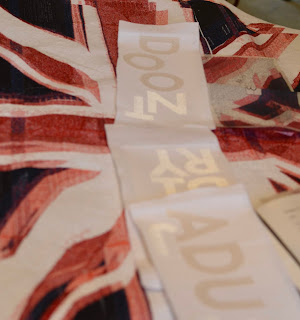 She will display the flag with the banner headline
'DO NOT ADJUST YOUR SET ,NORMAL SERVICE WILL BE RESUMED.' 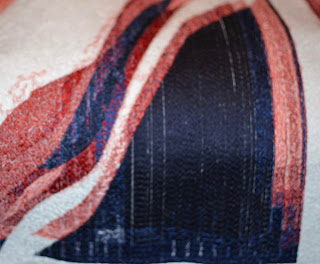 Some close-ups of front and back. 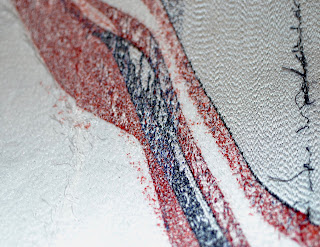 Deryll meanwhile, had really got into zero waste. 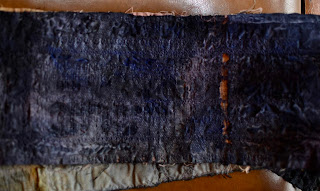 She had been recycling her pieces from 'Forecast',some  group  work done many years ago. 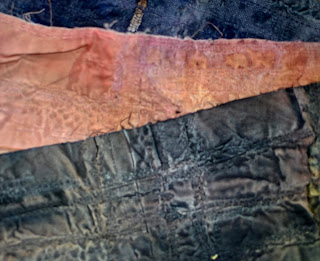 They had been dyed and used to create the 'chasm' in her fracking piece.

She had also found a way to strengthen newspaper to be able to include it to further enhance her message. 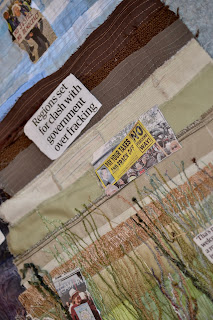 Come and read them for yourself at UWE in August.

Posted by Gordano Textile Artists at 09:30