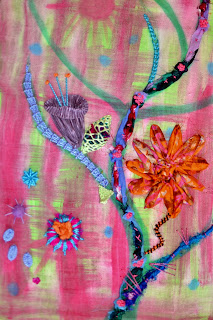 Carol had taken a recent EG workshop with Sheila Davies from Celyn Textiles.It was entitled 'Jungle Bags'They first painted the background fabric then began to add all sorts of stitch with all sorts of 'threads'.Carol disliked what she had done and thought that it might become one of those UFOs we all have .We thought there were a great variety of different stitches in it and that it probably needed much more work to really cover the surface thickly. 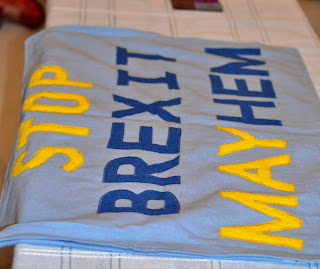 She had been on The People's March making this banner, you see above, to display.She is still debating what will be her message and how to portray it .There was some discussion about the role of textiles in banner making down the years ,this may yield some fruitful ideas and inspiration. 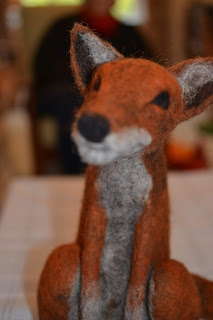 Kirsten gave us another look at this handsome fellow ,still to have eyes and some more fluffy wool to add to his coat. 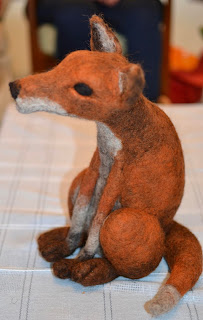 And this below, a teaching sample ,first painted with Intense before stitch. 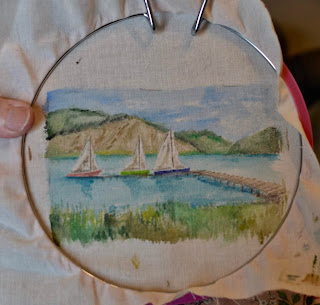 She is still thinking about the carrier pigeon and his messages .We talked about the kind of things she could include..........post it notes, bottles,facebook ,text message the list can be added too.

Posted by Gordano Textile Artists at 09:44