Viv had also been looking out old photos, some taken in Cornwall and some taken closer to home on the edge of the Gorge.She was enlarging them and using a window to choose areas to concentrate on.No doubt we'll soon be seeing some of her lovely work involving flowers. 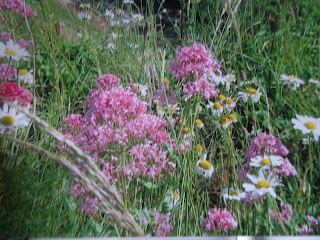 The next item involved a technique found on YOUTUBE.....dinner fork weaving!
We were a little bemused and wondered why anyone would bother .Viv had given it a go and produced this pink flower.It looks like a lot of effort for so little a return, but we're all different. 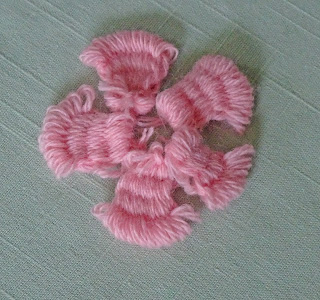 She had also taken one of the double -eyed needles Jane had brought in a previous meeting and trialled what it could do. 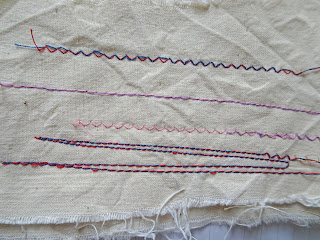 She was a little underwhelmed and thought she could probably do without one, saying she preferred a twin needle.Others have taken them so we shall see if the general consensus is the same. 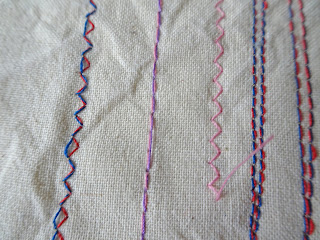 Posted by Gordano Textile Artists at 02:14