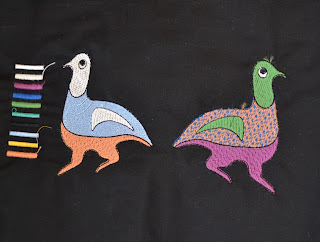 Jane has continued to work with her interpretation of the birds from the NiA ceramic. 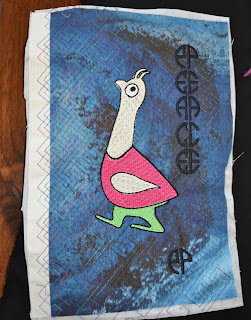 She has some of her own printed fabrics left over from C&G.She has used them as a background,adding in some background stitching and some lettering type motifs.She plans to enlarge some elements.No doubt the pieces will be much bigger than these initial trials. 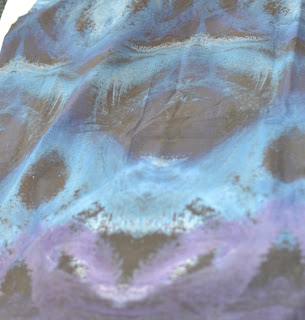 Sally is using the same piece to inspire her new work.It is very interesting to see how differently it is interpreted . 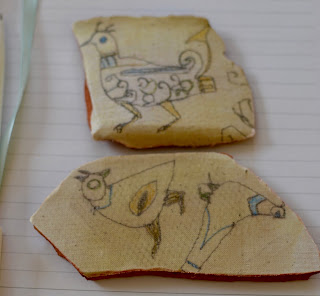 She has toyed with the idea of broken pottery shards ,above,paper stuck to clay flower pot. 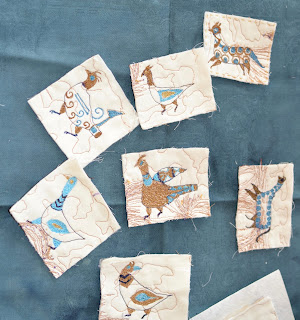 These characters  have been stitched on a cloth called MULHAM?.a silk warp and cotton weft.Sally has been doing some research and thinks the animals represented number ibex,horse and grouse.As yet she is undecided about her direction,a book form,3d piece are in the mix at present.

Posted by Gordano Textile Artists at 04:16