Apologies but March has run into April.Last month Sue brought along some 'ancient work',her words not ours.She had decided rather than leave them in a cupboard she would morph' them into a useful,and rather sumptuous pair of cushion covers. 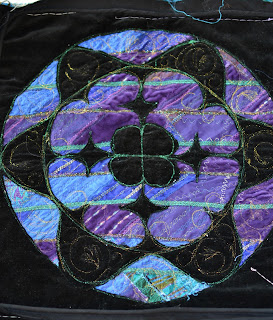 They employ the technique of reverse appliqué ,and have been further embellished with stitch. 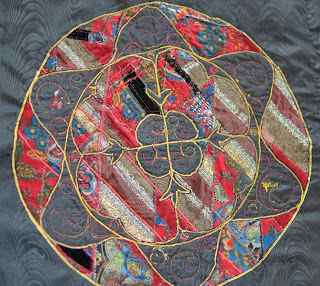 She also brought along the piece below seeking some advice as to how she might progress it.We thought the gold strips she had applied were too strong and that they would benefit from being toned down.We also thought the piece might be enlivened with a dash of an opposite colour to the predominant pinks and red. 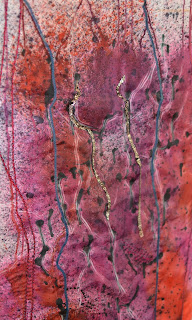 She went away and had a think about what we advised ,we don't always follow the advice given but we do think on it. 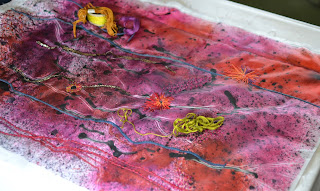 She had pared back the gold and had introduced some orange and lime green which has given the piece a lift. 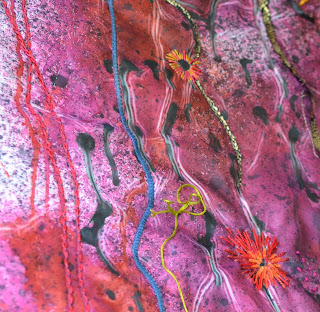 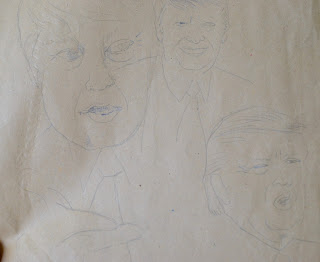 She has also become something of  'TRUMP'  observer ,sketching his variety of facial expressions .Quite where this is going remains to be seen ! 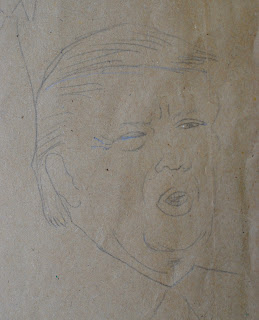 Posted by Gordano Textile Artists at 08:09