Ira told us she had been bored so had done some stitching. 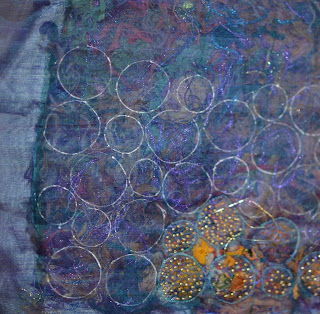 This  piece had started as a large pile of tangled threads that had been too difficult to untangle.So,Ira as ever,full of ways to exploit materials she had painted a background,laid the threads on top and covered with an organza.It was only when she started to stitch circles and use her soldering iron  to reveal what lay beneath  that she discovered the organza was silk!Not to be defeated she has hand cut between the circles and begun to add stitch and beads.We thought  she should cut out some of the circles too. 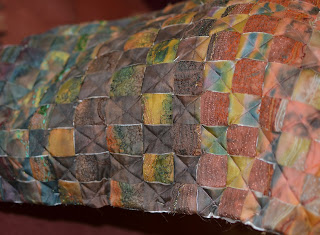 This was an older piece 'Day to Night'.It has been stitched in Ira's usual way before being cut into strips and woven together to create a new fabric.This has then been quilted. 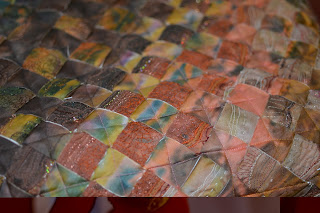 Posted by Gordano Textile Artists at 02:45