The day we met was dark and dreary .As a consequence the photos were taken in artificial light and  have an orange cast despite efforts to correct.Hopefully this will  encourage you  to come see the work "in the flesh"at our forthcoming exhibitions. 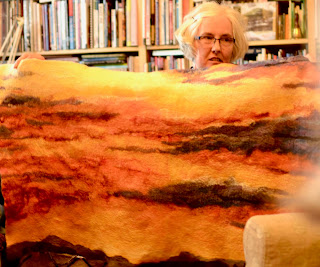 Kirsten had gone LARGE .Making felt this big is not easy and creating such a sky is magnificent.We were reminded of Monet paintings.He worked on canvasses so there was a support.Kirsten now has to consider how to mount and hang such a large ,weighty piece.We offered suggestions but she will find a solution. 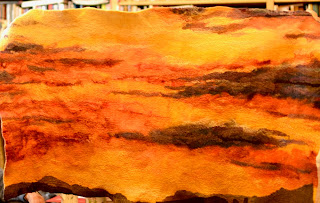 Sally was debating how to bring her first piece for UWE together to create a coherence while conveying her message.She felt it lacked contrast and 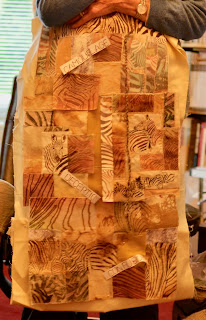 the words needed to be integrated and camouflaged somehow.The pinned on ones are temporary.We thought to extend the stitching so that it flowed across from patch to patch . 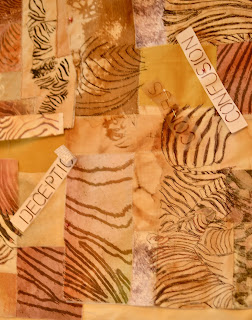 Her other piece deals with Tigers and their march to extinction because of
their continued use in Chinese medicine. 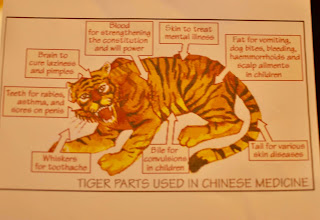 Unfortunately ,some traditions are so embedded in our cultures so that we wake up to the damage they do much too late . 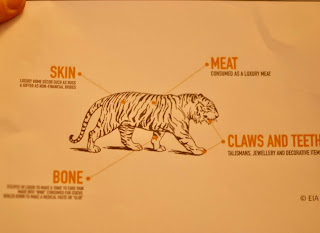 Posted by Gordano Textile Artists at 23:52