March meeting and a welcome .

This month we welcomed Marilyn and Patricia as full members to the group.They brought along some lovely work.Marilyn's rainbow weavings certainly brightened the rather chilly overcast day. 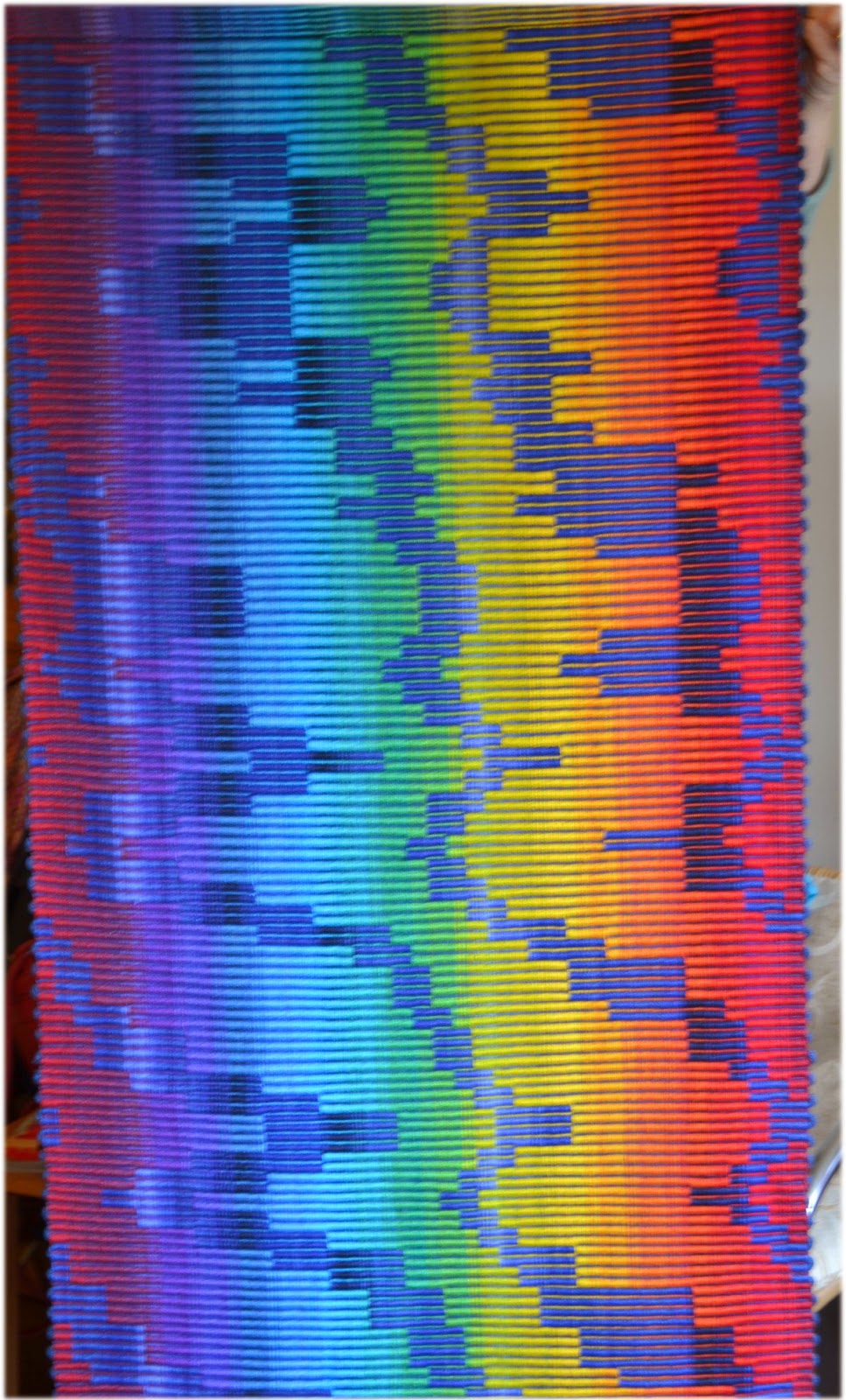 She had two different versions,this above with the sinuous lines and below the blocks of blue amongst the rainbow colours. 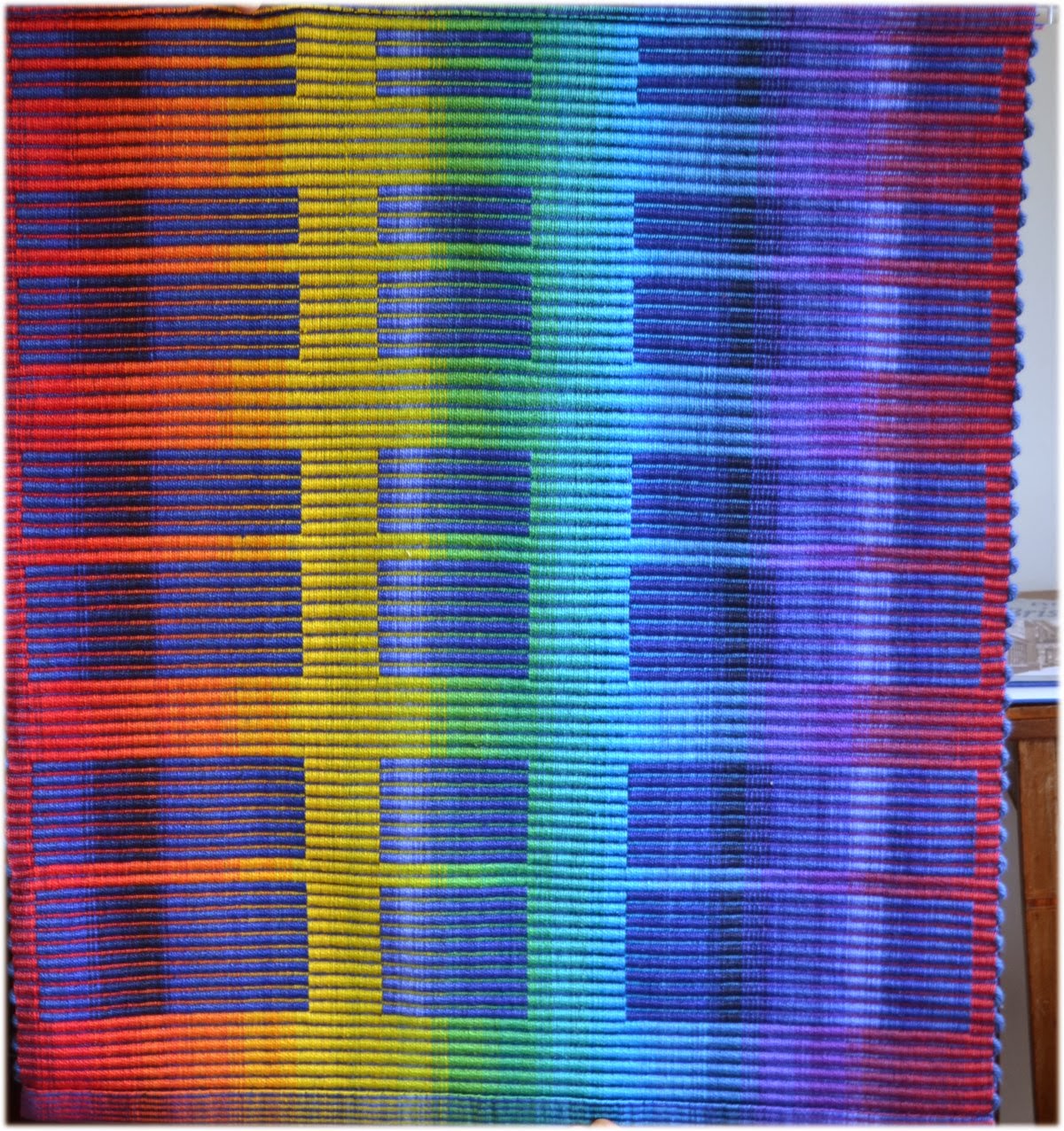 She dyes all her own threads and the colours just sing out.There were several tones to each colour used,such a lot of work before the weaving even begins. 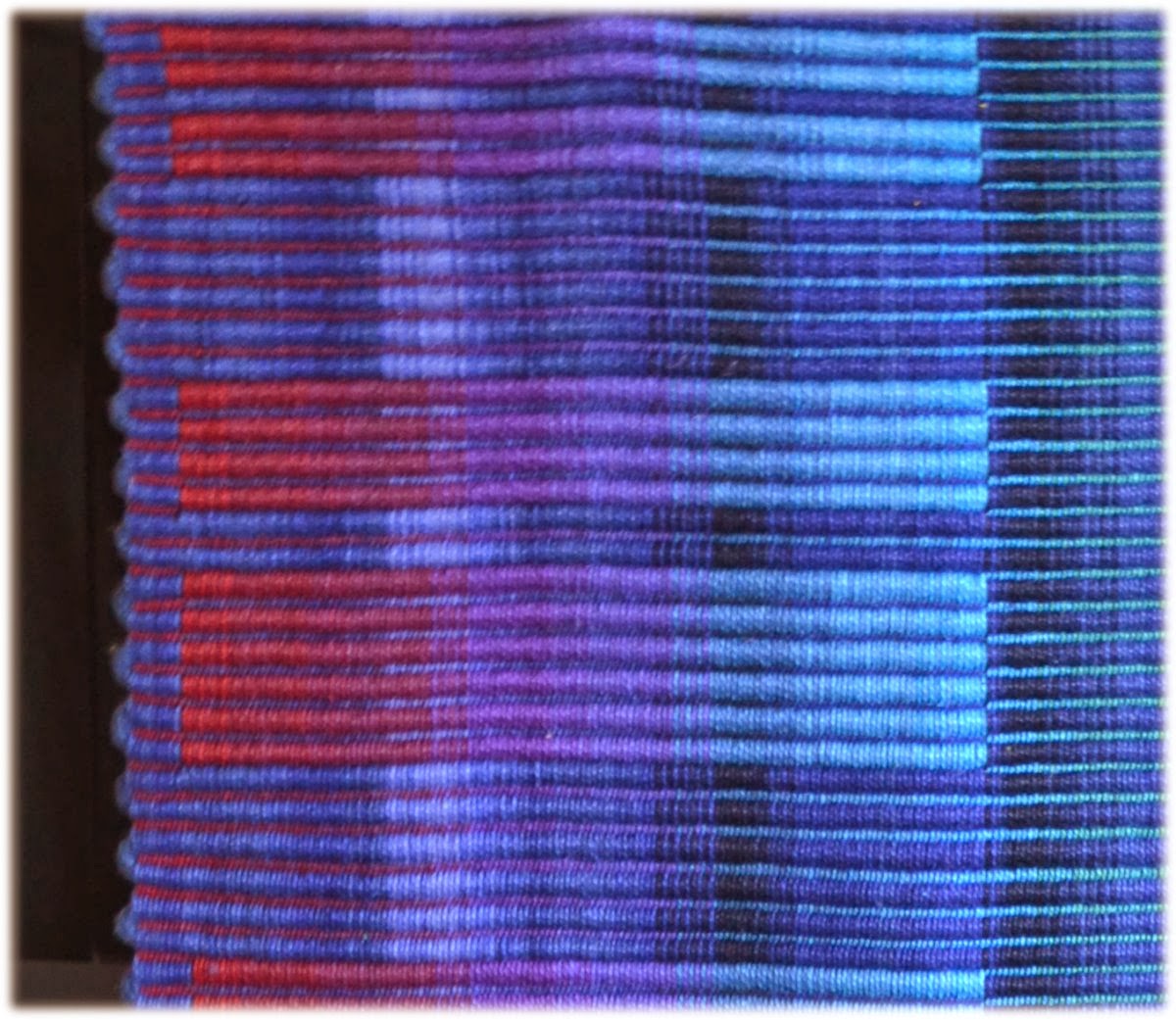 These threads were cut from the loom and are generally discarded,what a waste.We leaped upon them and Deryll gave Marilyn strict instructions to make thread packs in future.They are really lovely quality mercerized cotton with a smooth feel and lovely sheen 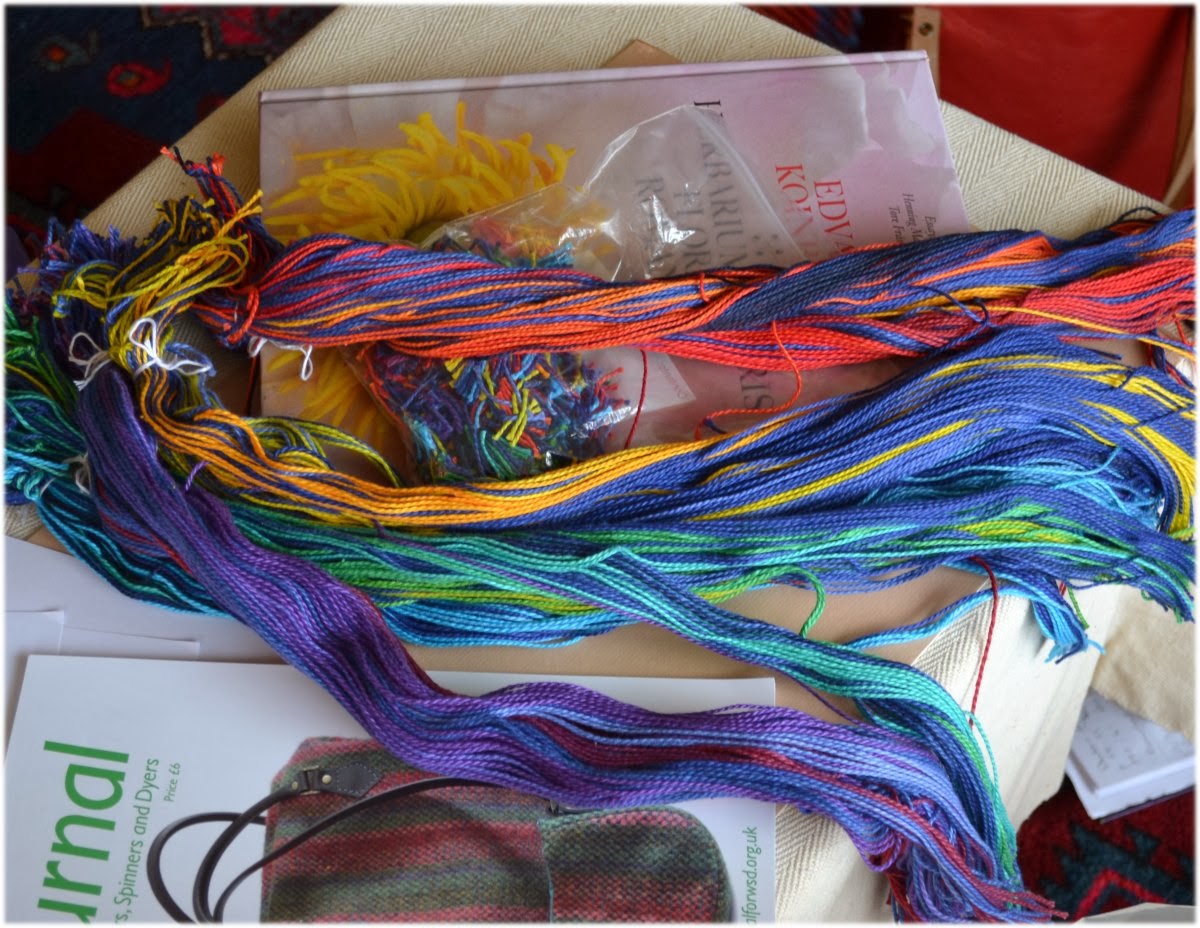 Patricia brought along this piece ,below,based upon one of her paintings.It was started in a Jae Maries workshop and features some of Patricia's hand painted fabrics.There is a lot of stitch and even some pieces of photograph. 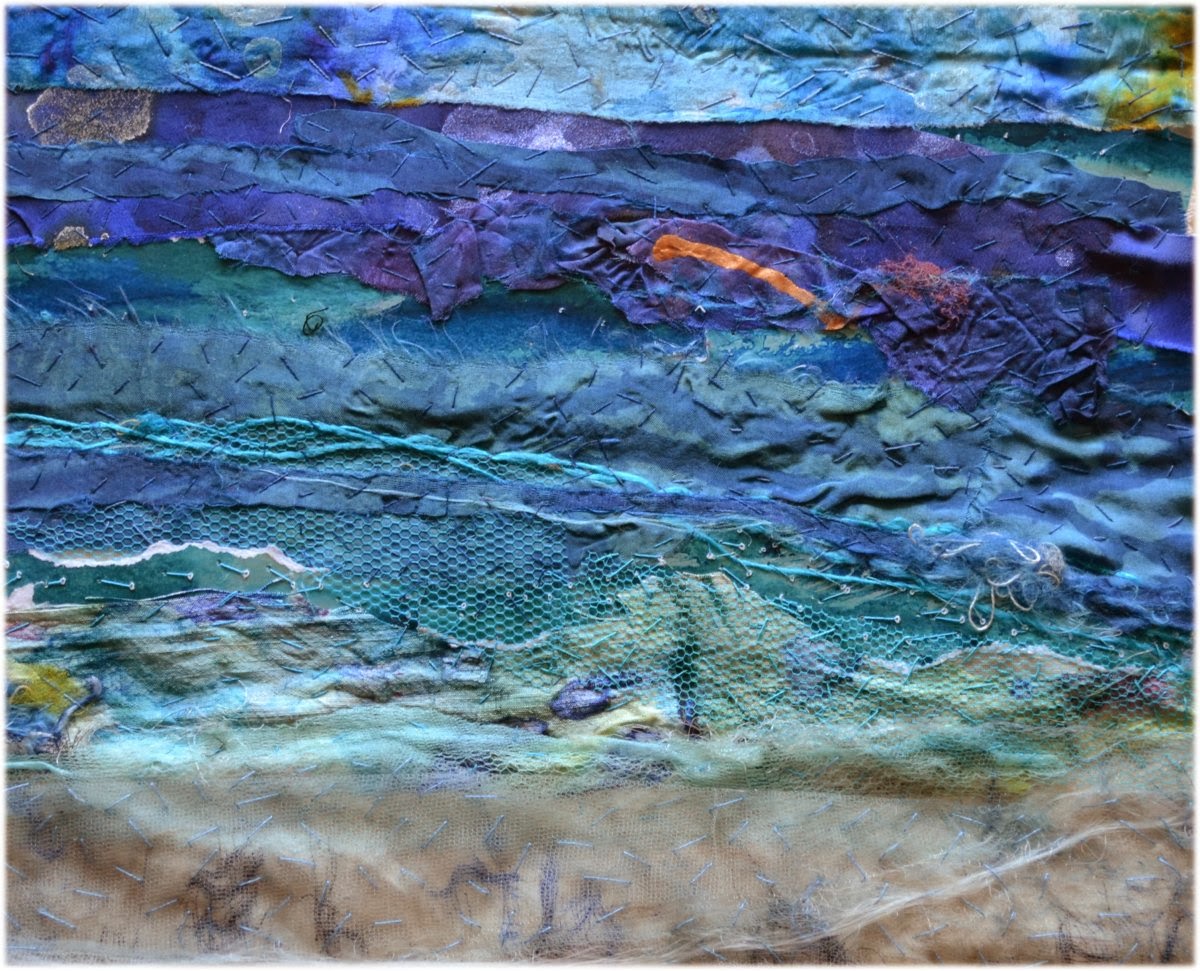 If you look closely at this detail shot you can pick out the torn edge of the photo ,used to suggest the surf. 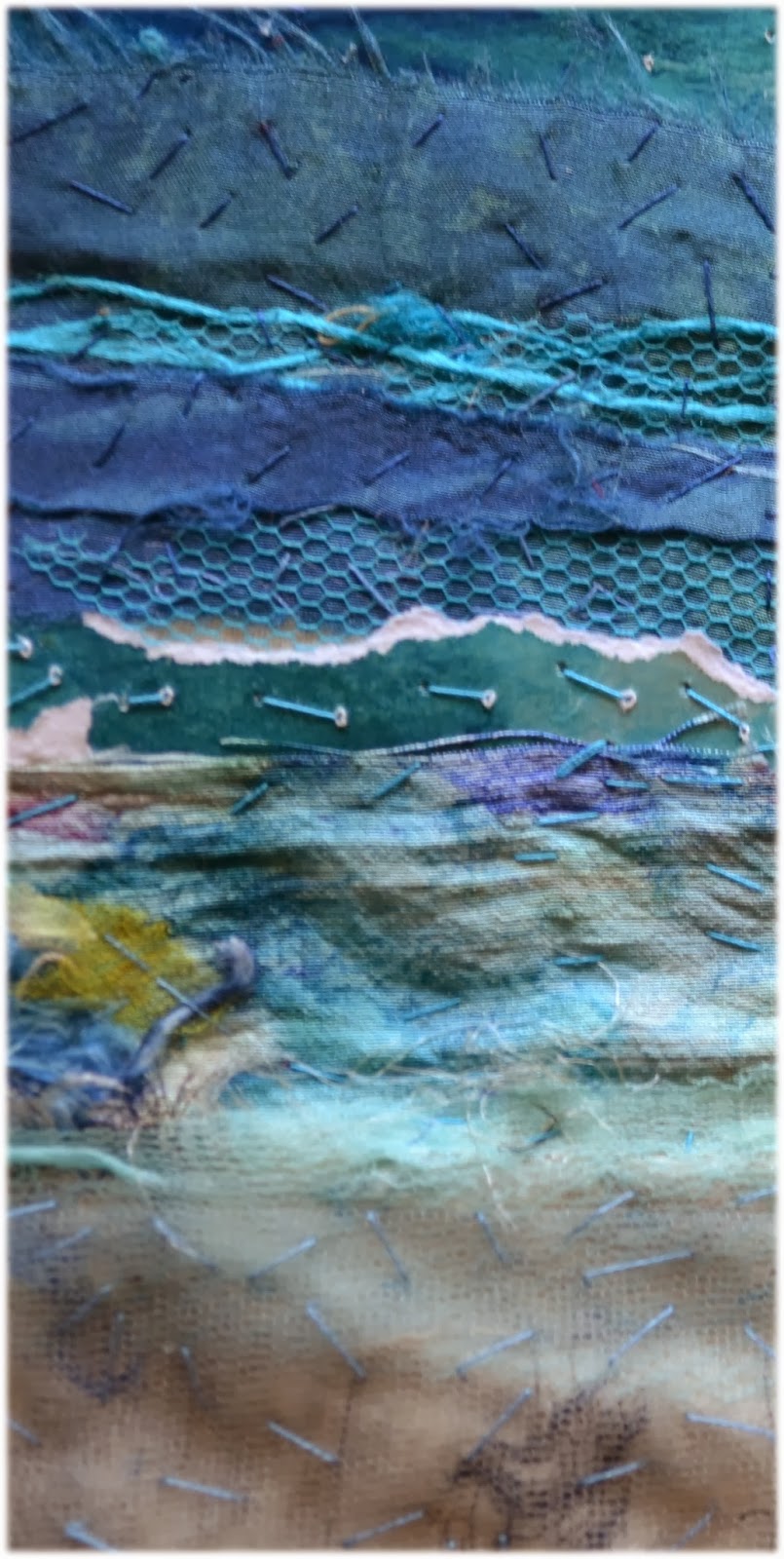 She had also created this felt piece to commemorate a dear friend.What is unusual is the texture,created by dipping in wax ! Instead  of being soft and yielding it is quite stiff. 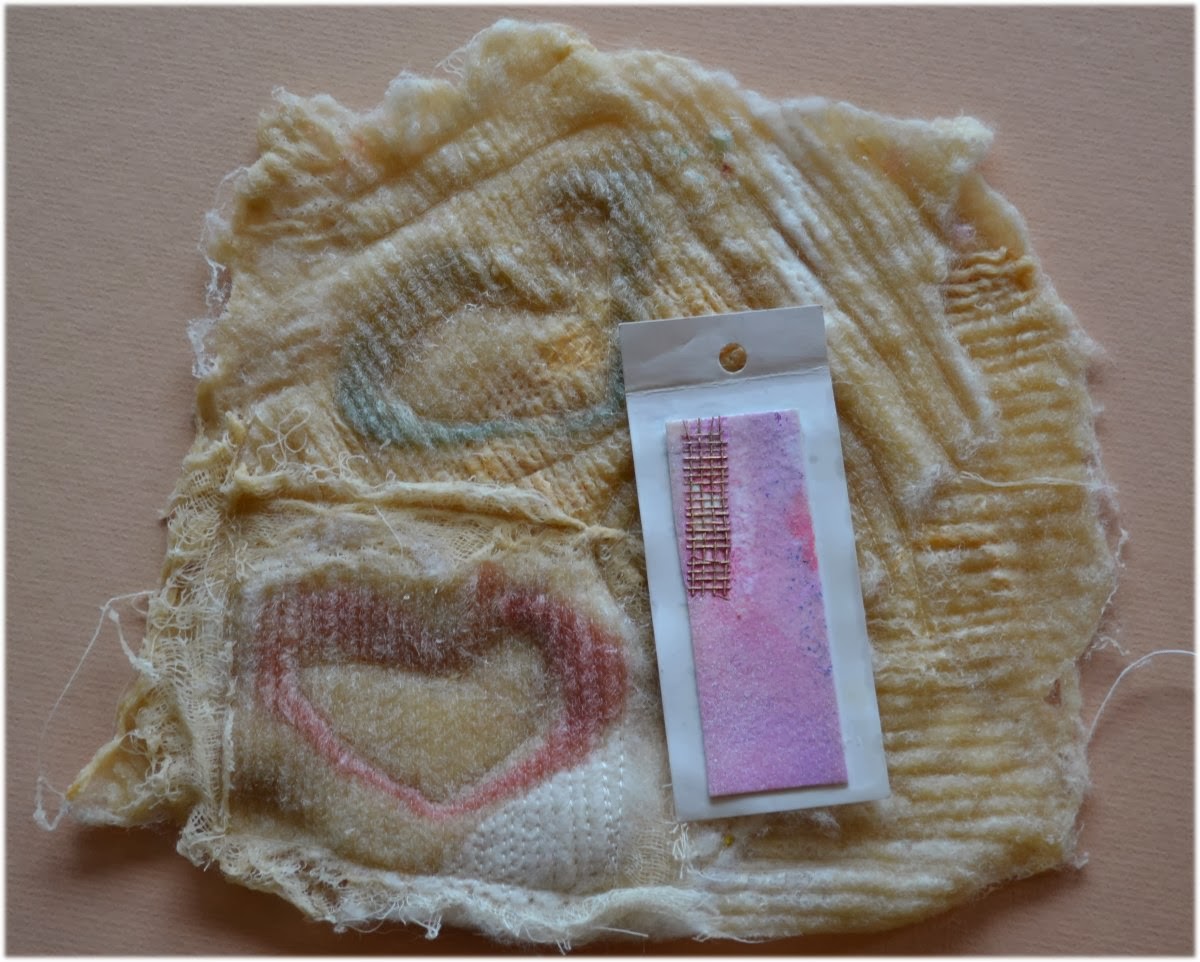 The tag had been given with a present from her friend and Patricia wanted to use it in the piece. 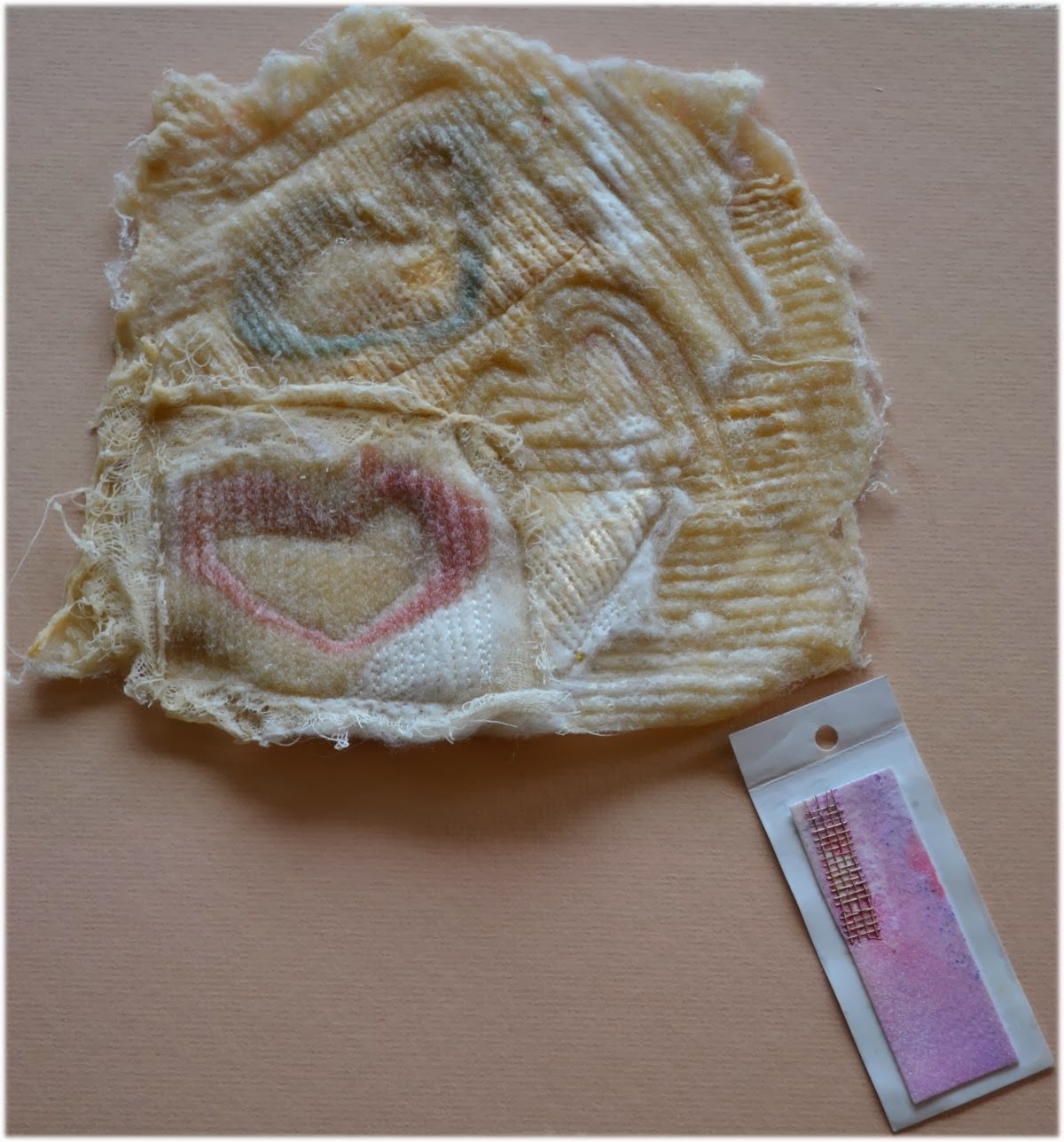 There was some discussion as to where it would look best,some thought within the piece ,as first photo.Others suggested using the raffia from the wrapping and hanging tag from the piece.Do you have a favourite? Leave a comment and let us know. 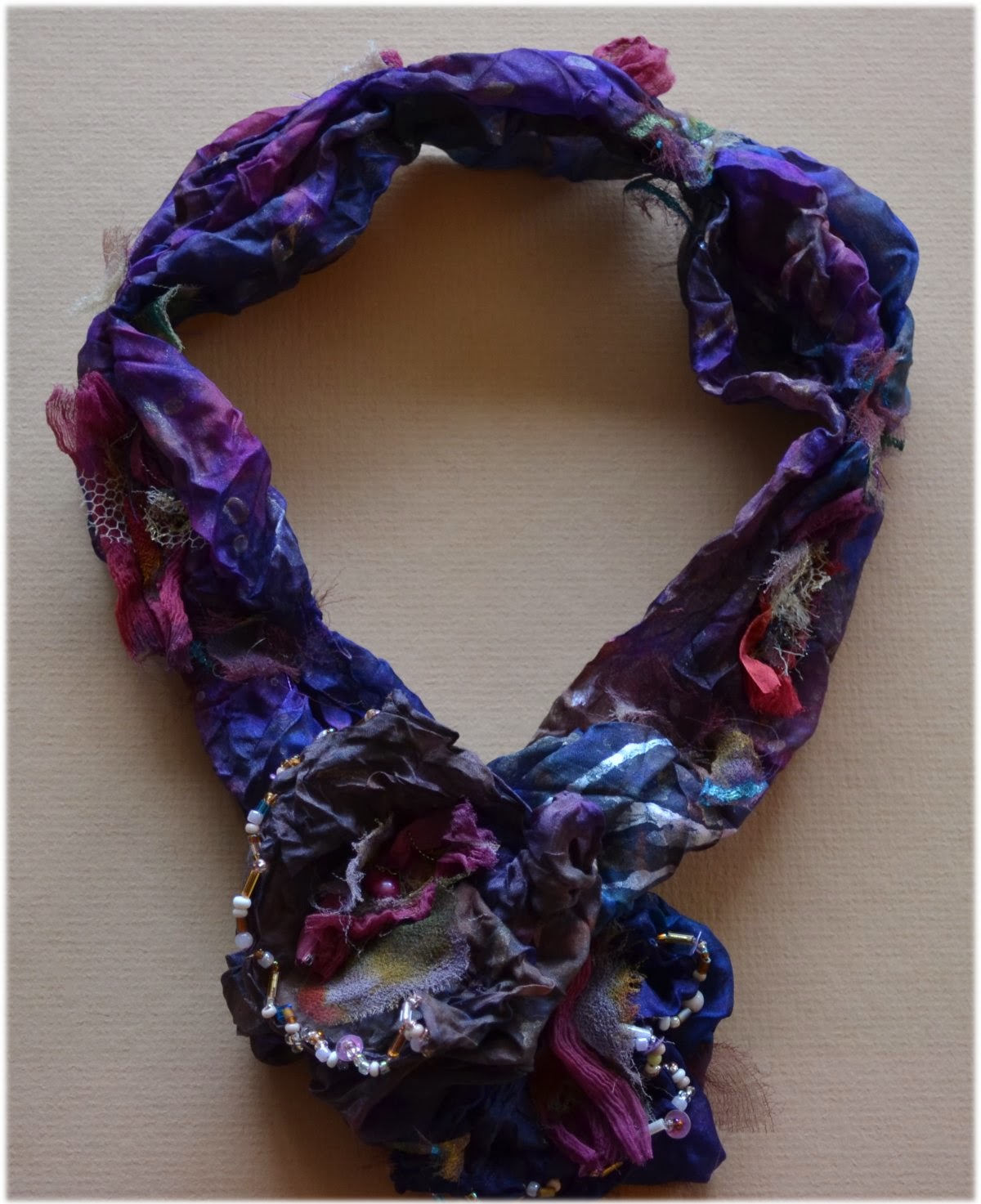 Patricia also brought along more'neckpieces'.These really have to be seen to appreciate the variety of fabrics ,beads and stitch used.They are a cross between a scarf and necklace and would enhance any neckline and match any number of tops.
Posted by Gordano Textile Artists at 08:21