Carol is so good natured and easy that she often gets herself put upon.This month she said she had done nothing of any note then it turns out she has got roped in to crocheting 140 poppies to celebrate the end of the Korean war.They will commemorate 885 casualties and are to be displayed in Olveston churchyard. 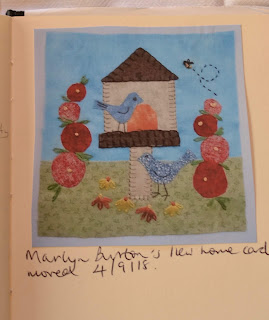 She brought along her workbook ,she is so very organised and thoughtful,where she details her ideas and makes.The one above was a New Home card she designed and made for Marilyn.The one below was a wedding card for her son who married recently.Both uniquely hers. 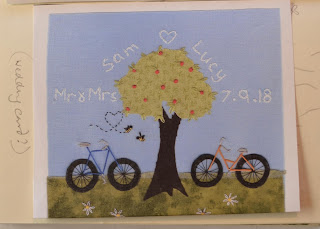 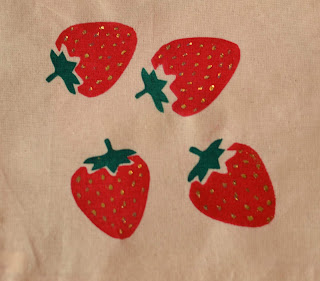 complete with sparkly seeds.She also brought along an interesting article from The New Scientist about How to read Inca.They think they had a sort of language using strings and knots .Carol was interested and may use this as her inspiration for messages. 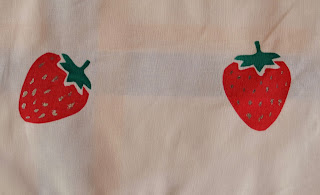 Deryll also brought along an interesting  newspaper article.It  showed how  this Summer 's heat had exposed lots of sites of archaeological interest not before noticed ,when viewed from the air.Another subject for messages perhaps. 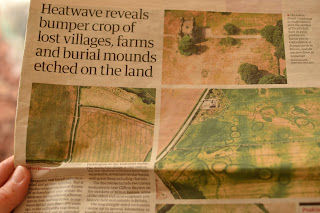 She had been exploring ideas for cards ,see below. 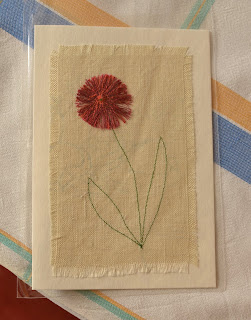 As ever, she had a nifty little technique to share 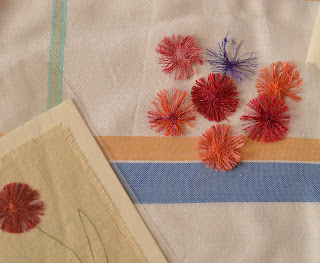 Fabric was mounted in a hoop and some circles cut out.Using straight stitch you stitch backwards and forwards to fill in the holes.The threads are then cut carefully on the edge to create the flower head . 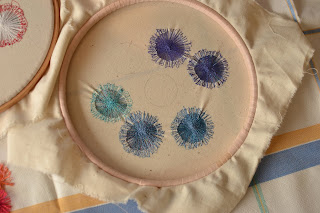 She discovered ,if the fabric is left in the hoop after the flowers are cut ,you can do another set over the same holes, and get bi-coloured flower heads.Nifty eh! 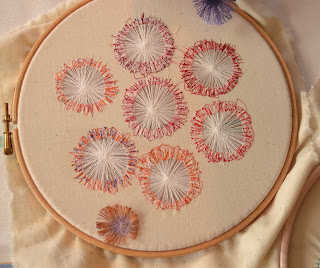 Posted by Gordano Textile Artists at 09:05